The Samsung Galaxy S10 is one of the most sought after droids in the world today, and it marks for the company’s tenth anniversary of its now-famous S-series. Basically, the S10 will be for Samsung what the iPhone X was to Apple, their swan song so to speak, or something along these lines. According to industry insiders, the new Samsung Galaxy S10 will mark a significant change in the company’s lineup, to commemorate the 10 year milestone, and the rumor mill has it that the world would stand in shock and awe at the three variants of the S10, with 2 different screen sizes.

Each of the three versions will have a different number of cameras on their back panel, with the highest-end S10 boasting no less than three, a triple camera-setup basically, not to mention an in-screen fingerprint scanner. So, the Samsung smartphone family is going to get significantly bigger, at least in the rarefied high-end niche. The new S10 trio of smartphones is currently being worked at, and it’s allegedly code-named Beyond, or Space, depending on the translation from Korean. The first version, Beyond 0 respectively, will only have one camera on the back panel and a 5.8 inches screen sans the now-legendary curved edges. Beyond 1 will also have a 5.8” diagonal screen, but it will feature the Infinity Display’s curved edges and a dual-camera setup on the back. Beyond 2 is the star of the show, featuring an in-screen fingerprint scanner and a triple-camera setup on the back panel, an idea already introduced by the Chinese tech giant Huawei in their P20 Pro.

The new Samsung Galaxy S10 setup look pretty similar to the S6 series, which also arrived in three flavors: the regular S6,the S6 Edge and the Edge +. Why is Samsung choosing this relatively strange approach, you asked? Your guess is as good as mine, but it might have something to do with declining sales in major markets like India and China, not to mention a drop in global sales as per 2017 figures.

I don’t know what Samsung’s marketing department is smoking, but if you ask me, just bring one and only one awesome anniversary S10, with all those amazing things, including the in-display fingerprint sensor and the cool 3 camera-setup. Just that one, which will be known as the Samsung Galaxy S10 anniversary edition everyone would want to have. There’s no need to release a combo of 2 underdogs and a superior one together. It’ll impact the overall hype and sales of S10, just wait and see. The Galaxy S9 is not so successful due to an underdog S9 version, while the Galaxy S8 was successful because both the vanilla S8 and the S8+ were basically the same devices, except from their the screen size. If you want a true anniversary smartphone, then bring only one great anniversary edition S10, which will attract people to have it over everything else in the market. My 2 cents. 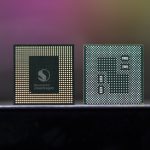