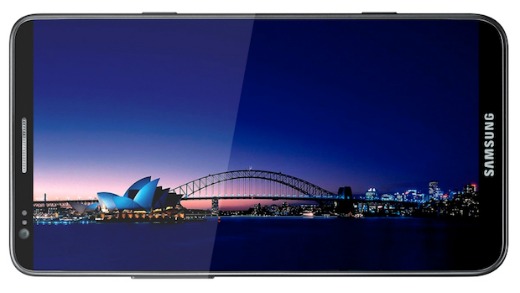 The folks at BGR seem to have confirmed the specs (and the existence) of the Samsung Galaxy S III. While Sammy has refused to divulge any details about their highly anticipated flagship device at Day 2 of the Mobile World Congress, BGR has revealed the specs to the world with certain level of confidence. The Galaxy S III is rumored to have a 1.5GHz quad-core Exynos processor, a large 4.8 inch 1080p full HD screen, a rear facing 8 megapixel, a front-facing 2 megapixel camera, 4G LTE, and Android 4.0 Ice Cream Sandwich (probably skinned with Samsung’s custom TouchWiz interface). It is likely to feature a ceramic case, thereby firmly differentiating it from the Galaxy S II’s plasticky casing and positioning it as a flagship device. If this turns out to be true, the Galaxy S III could certainly give the HTC One X a run for its money, atleast on paper. A gorgeous 4.8 inch full HD screen certainly won’t harm this beast’s reputation.