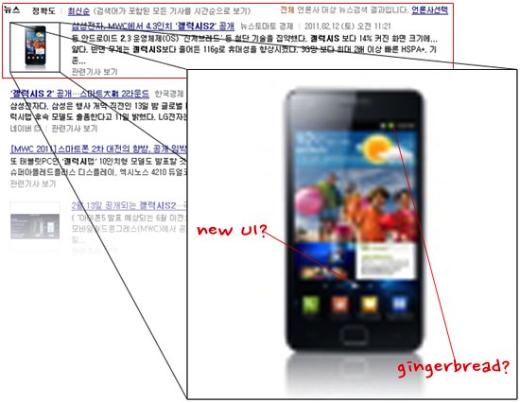 Many high end smartphones and tablets are expected to be announced at MWC 2011, but many consumers will have their attention focused on what Samsung has to announce in terms of smartphones and tablets. More than likely, Samsung will introduce a wide range of smartphones, but the successor to the original Galaxy S device is likely to be the best smartphone they unveil. According to a leaked press release article, written in Korean, we now with high certainty the specs of the Galaxy S 2. You can expect to find a 4.3 inch touch display, 1GHz dual-core processor, Android 2.3, HSPA+, Bluetooth, and WiFi. No word on storage amounts or cameras on the device, but my guesses are it will feature 16GB of on board memory, 8MP rear facing camera, and a 1.3MP front facing camera. Samsung built the Galaxy S 2 to be a slim, compact device that does not skimp out on features. In fact, it weighs only 116g and is only 8.49mm thick. Many of the smartphones announced at CES 2011 will only run Android 2.2 at launch, so running Gingerbread at launch will give the Galaxy S 2 a leg up over other devices. Below, you will find a leaked press image of the rumored Galaxy S 2. Next, we have some information regarding the successor to the original Galaxy Tab. Not everyone was thrilled with the 7 inch screen found on the Galaxy Tab as its main competitor, the iPad, featured a 9.7 inch screen. After CES 2011, most tablets are sporting 10 inch screens, so it not surprising to see the next tablet from Samsung feature a 10.1 inch touch screen. In addition, it features Android 3.0, as it aims to go head-to-head with the Motorola Xoom, the LG G-Slate, and any other tablets sporting the latest version of Android. Other specs include a 8MP rear facing camera, dual surround speakers, and a dual-core 1GHz processor. In a few days, we will find out for sure whether these are the legitimate specs of the Galaxy S 2 smartphone and the Galaxy Tab 2 tablet. 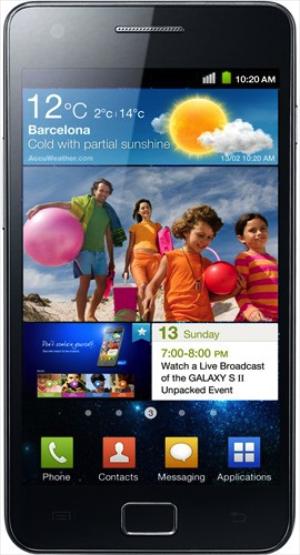