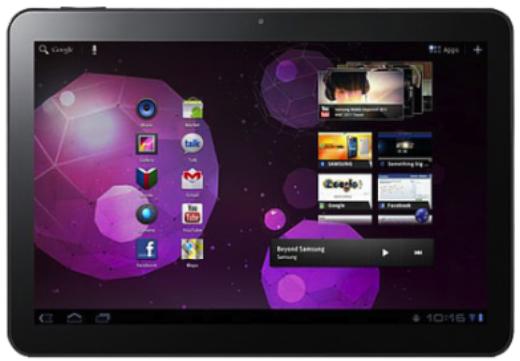 The new Android 3.1 touting Samsung Galaxy Tab 10.1 is officially available for purchase at the Best Buy in Union Square in New York City. The Best Buy has a ten day exclusive to sell the device, which should create quite the buzz in NYC and surrounding areas. Preliminary reviews and hands-on of the Galaxy Tab 10.1 have generally been positive, but it will be interesting to gauge the public perception once Best Buy retail stores nationwide begin to sell the Android tablet. The 16GB WiFi version retails for $499, while its 32GB counterpart sells for $599. Samsung chose to launch the WiFi version of the Galaxy Tab 10.1 before the carrier branded ones, and therefore, the WiFi models do not feature a 3G or 4G radio.