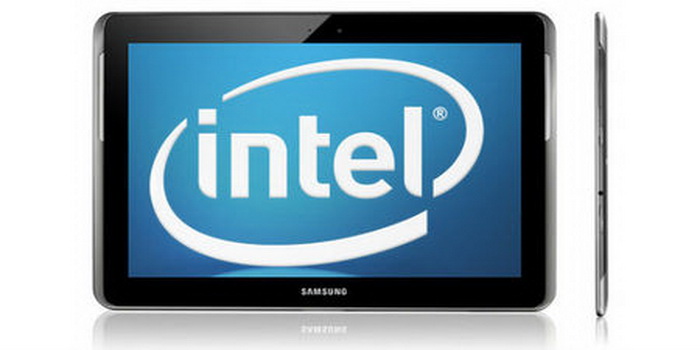 According to an insider in the industry, Samsung  Galaxy Tab 3  will be released soon, running on Android OS. But what is very interesting is the CPU chosen by Samsung to power the tablet. Despite the fact that Samsung has a line of in-house made processors,  the Exynos,they have chosen Intel’s Atom mobile processor to equip their latest gadget. The Atom chip based SoC produced by Intel goes under the name of Clover Trail and it won the competition against ARM processors ; finally Intel’s investments in mobile processors are beginning to bear fruit. The fact that Samsung chose an Intel processor against its own Exynos must be due to shortages in supply , as previously shown when we talked about the Galaxy S4. If you remember that news coverage, only one in ten of Samsung’s flagship smartphone is equipped with Exynos, the rest are running on Qualcomms. 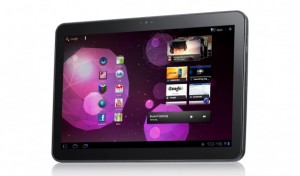 This information was revealed after two benchmark testing websites, GFX Bench and SamMobile noticed the Intel Atom SoC (system on chip) being part of a tablet codenamed Samsung Santos 103, running on Android OS on an Intel Clover Trail chip platform. The Samsung Santos 103 is also known as GT-P5200 and it’s thought to be the next Samsung Galaxy Tab 3 under wraps. The new Samsung Galaxy Tab 3 appears to have a 10.1 inches wide touch screen display, sporting a resolution of 1280×800 pixels and it will run on Android OS 4.2.2 . The chosen Intel Atom CPU is a Dual-Core Atom Z2560 processor which can run at speeds anywhere between 800 MhZ to 1.6 GHZ, depending on the manufacturer’s choice. There are also different rumors about the new Samsung Galaxy Tab 3, claiming that it will use an Exynos processor and it will come in various versions, meaning that some of them may feature Intel Atom, others Exynos, we will have to wait and see about that. If the Galaxy Tab 3 will be built on different platforms, we may be able to see one version powered by Nvidia’s Tegra chip too. Source: DailyMe &nbsp; &nbsp; &nbsp;