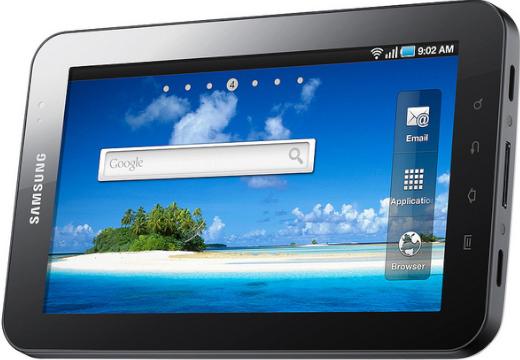 Even though the Samsung Galaxy Tab has already been made official, Samsung purposely left out a few key pieces of information such as pricing and availability. We know the Tab will launch in various markets in Europe and Asia first, but only that an American launch is slated to happen in the next few months. Current rumors indicate the Tab to sell for a whopping $1000+ in Germany, but Hankil Yoon — a Samsung product executive — tells a different story to the WSJ. The unsubsidized price for the Galaxy Tab is expected to be somewhere between $200 and $300. However, the price you pay up front will depend on how much the carrier wants to subsidize the Tab. In Europe, the Galaxy Tab is expected to launch with Vodafone, but no word on which American carrier will be privileged to sell the Tab. Each American carrier already offers a variant of the Galaxy S smartphone, so we can’t really narrow it down using the Galaxy S. However, many rumors indicate the possibility of a CDMA Tab, which gives credence to the possible launch with Verizon Wireless. Only time will tell how much the Tab will cost and with whom it will launch.