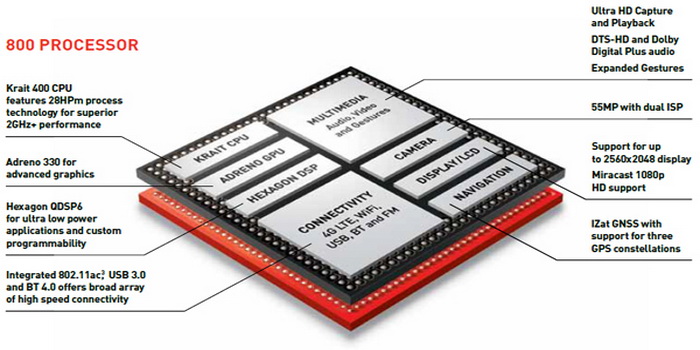 RBMen, a Japanese website, managed to obtain the results from a benchmark in which a Snapdragon 800 SoC was used on a soon to be released Pantech IM-A880 smartphone, the benchmarks showed impressive numbers, more precisely it scored 30133 in the Antutu benchmark. This is an excellent result, with the processor clocked at 2.1 Ghz, much better than the previous Snapdragon 600 and 10% faster than Samsung’s own, in house-made Exynos Octa 5, which equips the current flagship, the Galaxy S4. 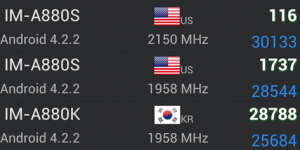 The “old” Snapdragon 600 (the new one is just in beta testing but it looks to be a bang!) is already pretty fast and it can be found in a wide range of high end smartphones, like the S4, HTC One or LG Optimus G Pro. The new kid on the block, the Snapdragon 800, put to shame the Korean flagship, which managed to obtain just 27417  on the Antutu test. The result is more impressive if you take into account that the Snapdragon 800 is just an upgrade to the current generation of CPU’s from Qualcomm, it’s not based on a new architecture, it’s kind of an upgrade. The new Snapdragon 800 is rumored to begin mass production in the near future and it is very interesting to see how it will perform in the real world, not just in synthetic benchmarks. Anyway, if these results are accurate, the Snapdragon 800 looks like the Ferrari of SoC, at least for the moment. There are already rumors about the new Oppo Find smart phone, that will be blessed  with the latest gen Snapdragon 800 SoC and will also  have a cool 8 Megapixels camera. The gizmo is expected to be released in September. And then some, the Sprint Optimus  G2 could also be powered by the Snapdragon 800, but these are just rumors, we will have to wait and see what’s going on. Source : RBMEN &nbsp;