Sony Ericsson Moves Update of Xperia X10 to Android 2.1 to End of October 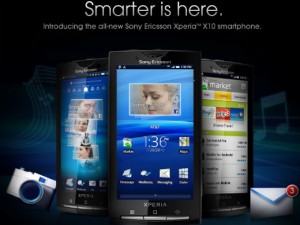 Sometime before the end of August we reported that Sony Ericsson was planning to update the stock OS of its Xperia X10 smartphones to a newer version of Android OS. If you’re a big Sony Ericsson fan and still got the Xperia X10 despite running only Android 1.5 OS you must have jumped for joy when it was announced that Android 2.1 is coming to your handset by end of September. Well, sorry to tell you folks but you may have to wait a few more weeks since Sony Ericsson has delayed the OS update by end of October. According to the Sony Ericsson blog, while they are pushing all the promised enhancements that the Android 2.1 update will bring to the Xperia X10, however, they needed some more time before this gets rolled out. The good news is that the OS update will also be brought to the othe Xperia smartphones – Xperia X10 Mini and Xperia X10 Mini Pro. Take note we’re talking about Android 2.1 aka Eclair here and not the latest Android 2.2 aka Froyo. And with this OS update, you’d get the following new features: For the Xperia X10:

Sony Ericsson also added that the roll out of Android Eclair to these handsets will be done by phase, so the roll out may last until the last weeks of October before everyone who has the Xperia handsets get the OS update. So there, if you’re currently using any of the Xperia X10 smartphones, we hope you didn’t get saddened that much by this delay. At least you still have less than a month to play around with the classic Android 1.5 OS before you finally move on to Eclair.