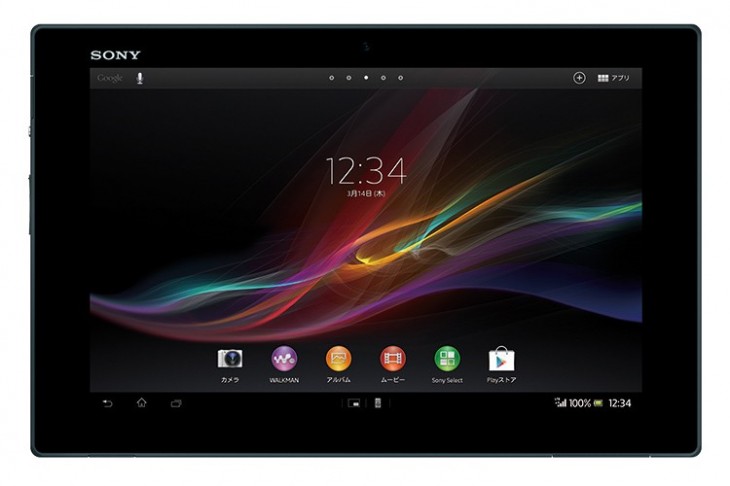 It may come as absolutely no surprise that a Sony Xperia tablet Z exists, by now. But it is always in the wind unless the company gives a confirmation, Sony in a recent announcement has stated that the Sony Xperia tablet Z will indeed be launching. The Sony Xperia tablet Z after being subjected to many leaked news and photos was becoming a very eagerly anticipated device. Following the grand announcement of Sony Xperia Z smartphone at CES 2013, Sony is aiming to gain a fair amount of share in the tablet market too. The Xperia Z smartphone is a very lucrative device, and Sony Xperia Z tablet is going to follow in its wake too. The latest tablet will be taking over the Xperia Tablet S with its unique and stylish design, water resistance and dust resilience. The Sony Xperia tablet Z will be featuring a 10.1 inch Full HD display running at the resolution of 1,920 x 1,200 pixels, the screen will have Sony’s own Bravia Engine 2 technology. The tablet will be powered by a 1.5GHz Quad Core processor, chugging along 2 GB worth of RAM. There will be 32 GB is internal storage memory and a microSD card slot for further expansions. An 8.1 megapixel rear facing camera with Sony’s very own Exmore R sensor will take high quality photos. With Android version 4.x Jelly Bean the Sony Xperia tablet Z can be considered one of the top dogs in tablet business. The design is where Sony has made the Sony Xperia tablet Z shine. Even with the inclusion of a microSD card slot, NFC tech and LTE connectivity, the tablet is only 6.9mm thick. The Sony Xperia tablet Z is by comparison quite thinner than other top tier tablets out there, cutting ahead the Galaxy Note 10.1 and Nexus 10. Sony Xperia tablet Z even trumps the iPad mini’s 7.2 mm thickness. We will cover more once we get some hands on time with the splendid tablet.