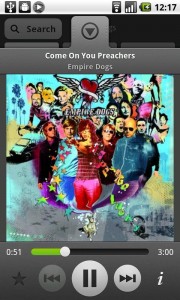 Music streaming and music playlist creation Android, Spotify has just been updated making the app faster to load plus several other enhancements that makes it perhaps worthy of getting the paid premium subscription. In case you’re not aware, Spotify brings millions of music tracks available for your Android device to stream online or offline.  It lets you listen to your Spotify playlists while on the move, even when your Android phone is offline. The updated version aside from making the app load faster also brings in a new user interface to the Android app which also lessens the app’s strain on your phone’s battery. The app also now lets you select where you want to save cache tracks, that is whether you want the tracks cached on your phone’s internal memory or to a memory card. The app also enhanced connection stability when you’re phone is on Wi-Fi connectivity. Other new features of the Spotify Android app include the following:

Spotify Android app is available as a free download from the Android Market. To use its many features, you need to subscribe to a premium account, though.