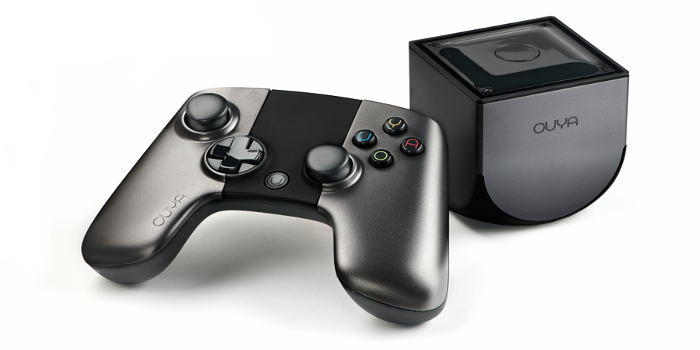 Unless you’ve been living under a rock, you know that the OUYA Android console has finally hit retailers nationwide. Some of the reviews have been less than kind, but we’re not here to talk about the hardware or interface… we’re going to take a look at their games. If you’ve just gotten your system and aren’t sure what to play we’ve compiled a short list to help you out. Without further ado, we proudly present our picks for the Best OUYA Games.

This one made me a bit envious of my buddies new OUYA, and it was a lock to make our list of Best OUYA games. Towefall puts your archery skills to the test as you battle up to 4 players in local multiplayer games. It’s got a SSB kind of feel to it, and there are some crazy cool features like being able to catch your opponents’ arrows or yank them from walls before firing them back. It’s by far the best local multiplayer game on OUYA that you can play with your friends. 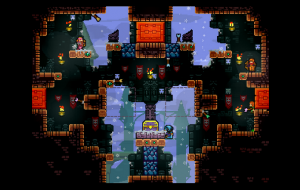 Two words best describe Beast Boxing Turbo… Monster Boxing. You play Char, a human girl that wants to be the best beast boxer around. You’ll don the disguise of a monster, and fight your way through fiendish opponents like the menacing Pig Men. It also plays a lot like boxing classic Punch Out! which is never a bad thing. It’s the Best OUYA Game involving sports, and if it ever makes its way Android phones and tablets it’s going to be a huge hit. 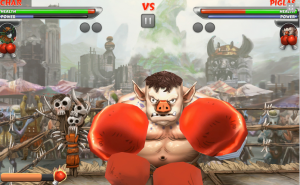 Angry Mob Games has long been one of our favorite developers, and Muffin Knight is highly regarded around these parts. If you haven’t played the Android version you’re in luck as they’ve taken the game to OUYA. It’s an extreme platformer with a large cast of wacky characters, and it even lets you play solo or go head-to-head against folks online. It’s one of the newest additions to OUYA’s lineup, and is definitely one of the Best OUYA games on our list. 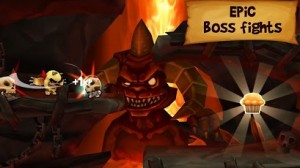 If you are into Indie gaming you’ve probably heard of Vlambeer. Unfortunately, we have yet to see any of their games on Google Play, but the OUYA is getting one of their awesome titles called Super Crate Box. It’s a tough platformer that will keep you busy for ages, and it’s currently free on OUYA for a limited time. 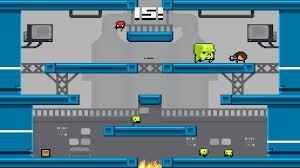 Where to start. Fist of Awesome is a retro themed game about a time-traveling lumberjack. He’s out to save earth from an insane animal conspiracy, he has a rocking beard, and he loves… absolutely loves punching bears in the face. It’s an insanely cool beat ‘em up in the vein of Streets of Rage, and it’s definitely one of the cooler games available for OUYA. 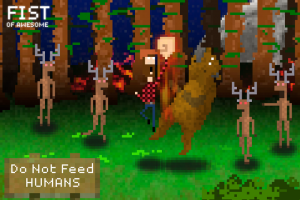 Hexage is a top Google Play developer for a good reason – their games are awesome. EVAC is one of our favorite Android games, and it’s one of the Best OUYA games as well. If you dig Pac-Man you’ll love EVAC, and it translates well to the big screen. Hexage also has Radiant in the OUYA store, so one can only assume (and hope) that more will follow. 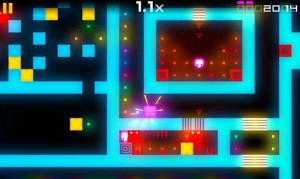 Saturday Morning RPG is a game I’ve been chomping at the bit to get ever since it was released for iOS. It’s an episodic tale that takes you through the wacky world of 80s Saturday Morning cartoons where you’ll have to take on the evil Commander Hood. It’s a Japanese style Arcade full, and it’s a game you won’t want to miss out on if you loved Saturday mornings in the 80s. 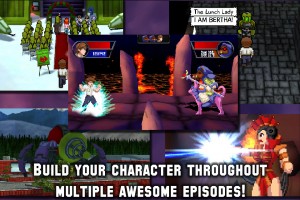 Stalagflight is a jumping game in the vein of Doodle Jump, but instead of playing a little green alien you’ll take control of a scientist that’s trying to escape a volcanoes molten wrath. You can rotate the scientists and the rocks which results in some tense moments that’s a lot of fun. It’s a great little Indie, and right now the only place you can play it is on OUYA. 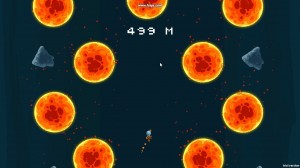 Organ Trail: Directors Cut puts a zombified spin on the classic game Oregon Trail, as you’ll have to trek across America while trying to avoid dysentery, broken limbs, and zombie bites. It’s definitely one of the Best OUYA games available, and you can read a bit more about it in our full review from when it was released on Android last year. If you don’t have an OUYA you can still pick up Organ Trail: Directors Cut on Google Play for $2.99. 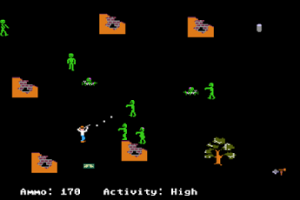 Display Smackdown: LCD vs. AMOLED! Which one is Better for Outside?
The Best New Android Games of the Week – June 30, 2013