The Sandbox is coming to Android courtesy of Pixowl

One of the more requested games we’ve seen is a title called The Sandbox. Well hold on to your hats as it looks like we’re finally going to get The Sandbox for Android courtesy of Pixowl. Oh yeah… 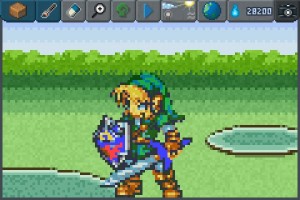 The Sandbox is a “sandbox” style of game that lets you create almost anything you can think of from basic elements, but in a cool pixely form. It’s often compared to Minecraft and there are similarities although The Sandbox is a 2D game. You start out with the basics like mud and sand, but as you progress you’ll make complex things, grow plants and evolve life. There’s even mention of things like Dinosaurs, TNT, fireflies and chain reactions.  The Sandbox will come with around 70 missions, but there’s also a free play mode that lets you play lord of the realm in your own pixely little world. The Sandbox is a game we’ve been asked about often since it was released on iOS, and it’s great to see that we’re finally going to play around in the cool little world. The game has been a huge success already, and you can expect more of the same on the Android side of things. No firm release date has been set, but it will be out sometime this month according to the trailer below. We’ll let you know as soon as The Sandbox for Android hits Google Play.