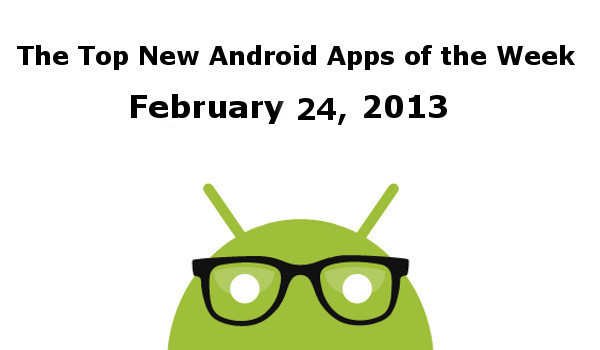 The Mokriya Craigslist app surprised a lot of people this week as it came out of nowhere and its hands down the slickest craigslist app you’ll see. The app lets you search and post to Craiglist with ease, but lets face it… it’s really all about the looks with this one. We’ll have more on this one later in the week, but you can pick it up for free on Google Play if you’re ready to check it out now.

If you’ve ever lost your Bluetooth headset Phone Halo’s Headset Trackr might just be the thing for you. The app takes a GPS Snapshot of where your headset is if it becomes separated from your phone. It works with most high-end Bluetooth headsets including brands like Jabra, Jawbone, and Plantronics. I haven’t tried this one myself, but it’s free and well worth a look if you have an expensive headset.

If you own a Galaxy Note you already know how handy the S-Pen is and you’ll definitely want to check out S-PEN Voice from welldonecom. The app lets you record notes using the S-Pen, and you can play them back by simply tapping the note. The app is only useful if you have a Samsung Galaxy Note device, otherwise you’re out of luck. There’s a slightly limited free version of the app you can check out while the pro version cuts the limitations and adds dropbox capabilities for $3.00.

If you own a Snapdragon powered device you’ll want to check this one out. The Snapdragon Battery Guru works to extend your battery performance by learning how you use your device and then optimizing it to fit your habits. It will take a few days to monitor your system and set itself up, but it does as advertised and it’s free to download.

Perfect 365 is a makeover app that uses instant facial feature mapping to let you “adjust” your face. You can clear up blemishes, soften skin, whiten teeth, enhance your nose, and lift your cheeks. If that’s not enough you can also adjust color in your lips, eyes, and skin. Everything sharable as well in case you want to show off the updated you. Arcsoft’s Perfect365 is free to download on Google Play.

If you’ve ever wanted to see what you’d look like after a brain attacked from the Lego Factory here’s your chance. The LEGO Hero Factory Brainify app lets you “brainify” a picture of yourself or some poor unsuspecting soul. It pretty much makes you look like a monster which could be fun for the kids or adults that like to look silly. You can pick up the LEGO Hero Factory Brainify app for free on Google Play.

Android is all about customization and Vire Launcher is one of many new homescreen replacement apps that have recently hit Google Play. Vire has a slick look and is full of cool features like 3D transitions, widgets, and real-time lighting. Vire Launcher is currently in Beta, and is free to download on Google Play.

There are scores of apps that let you leave memos on your phone, but not many match the flair of Comic Memo from Coolpisoo. Comic Memo gives you around 20 different memo widget templates to choose from and lets you adjust the size of your text. If you feel like adding a bit of pop to your sticky notes you can pick up Comic Memo for free.

NARR8 is a slick new app that gives you access to a nice selection of new motion comics. Well, they’re a bit more than simple motion comics as you can interact with on-screen elements and each comic is full of animation, music, and HD effects. The app is a little rough in a few areas, but it’s a great start and a very cool concept. You can check out NARR8 for free on Google Play. 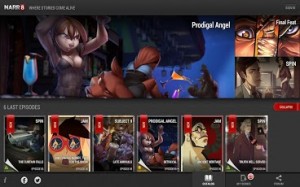