Blood & Glory is a new “Swipe and Slash” game from Glu Mobile that puts you into the arenas of Ancient Rome. The fighting is tournament based and while I’ve just played through a couple of tourneys, I can tell you that the game looks great and is quite a bit of fun… especially if you like Gladiators. Cool game and definitely worth checking out. You can get Blood & Glory in the Android market for free. 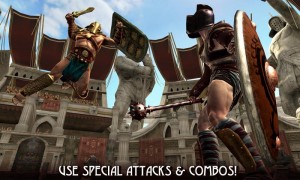 Tiny Tower is a brand new Tower building game that lets you build and manage a tiny tower along with all the businesses and “bitizens” that inhabit it. The concept of the game is simple as you’ll build up your tower floor by floor and deck them out for businesses or residents. This time-based building game has 6 types of floors to build, but you’ll do a lot more than just build floors as you’ll need to keep businesses stocked, find residents jobs, and even deliver the occasional package. Tiny Tower is a great time killer for anyone who that enjoys building games and you can grab it for free in the market.

World Cruise Story puts you in charge of a gigantic Cruise ship, and as the captain your job includes decking out the ship with tons of shops, restraints and casinos while you travel around the globe. I finally got around to playing it this week, and while it’s fun (like all their games) it’s no Game Dev Story. That being said, it’s a very solid game and fans of Kairosofts games will love it for sure. You can get World Cruise Story in the Android market for $4.99. 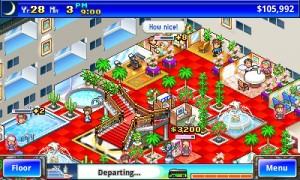 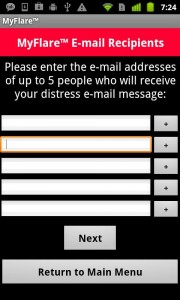 MyFlare is a new personal emergency response app that can get you help when you need it the most. MyFlare has a leg up on other personal safety apps as it does all the things those other apps do, and it can do them all at once. It can send email & texts on a constant basis with your GPS location thrown in as well as setting off a siren and recording video. The cool thing about the app is it does all those functions at once with the simple press of a button. Great app to have on your phone if you’re concerned about your safety in certain areas, and you can grab it in the market for $2.49.

5. Girl with the Heart of

Girl with a Heart of is a very cool new game from Bent Spoon Games, and it’s a game you’re just going to have to see to really get. It’s a 2D adventure game that’s similar to those old school D&D choose your own adventure games which is cool enough, but the art and uniqueness of the game really sets it apart. The game will have different outcomes depending on the choices you make which also means multiple endings and a great replay factor. I plan on picking this one up myself as soon as I get some free time as it’s not a casual game, but one you’ll stay glued too once you fire it up. You can get Girl with a Heart of for $2.99 in the android market. 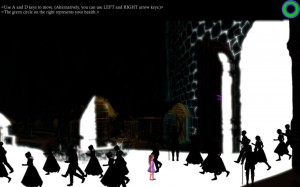 Dead on Arrival is a fast paced game that has you trapped in a hospital and defending yourself against waves of the undead. You’ll start out in one room, and can use your cash earned from killing zombies to unlock additional rooms which can be used to make an escape. Rooms can be boarded up to try and delay the Zombies advance as you search for more powerful weapons to take down the undead. Dead on Arrival is an awesome zombie shooter that can be yours for free if you have an Xperia Play. 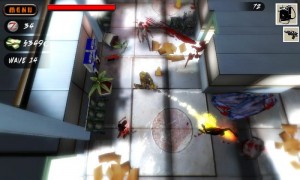 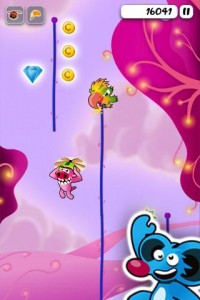 Craneballs Studios put out a cool little game called SuperRope that has you climb, jump, and dodge your way through 5 slick backgrounds on your way to the top. Your goal in SuperRope is to go as high as you can while collecting things (coins & bonuses) and dodging obstacles. To move your character you simply need to swipe your finger in the direction you want them to jump and away they’ll go. It’s not that easy though as you’ll have a LOT of things coming your way in the form of pianos, robots, aliens, and the occasional anvil. Climbing/Jumping games are very popular and SuperRope is a welcome addition to the genre.

Fishing Diary is a new fishing game from DroidHen that lets you fish with net cannons instead of the usual fishing pole. You’re given tasks to complete which is generally involve catching a certain number of fish, and you’ll fire one of 9 cannons to nab them. Gold and XP are earned for every fish you catch and is used to upgrade said cannons although there aren’t any instructions to let you know what the different cannons do. Fun game, with some really sharp graphics and its free to download in the market. 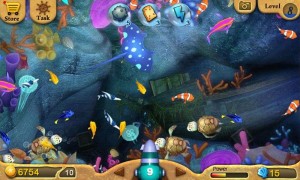 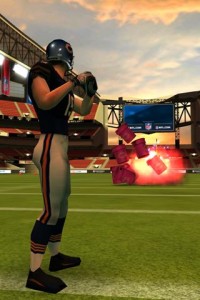 NFL Flick Quarterback is another “Flick” game from the masters of Flick games Full Fat Productions. This one has you take on the role of an NFL QB as you’ll try to make plays and avoid getting sacked. Their previous two flick games were pretty damned awesome, and while I haven’t gotten to play NFL Flick Quarterback yet, I’m hoping it’s as good as the rest. You can grab NFL Flick QB in the android market for $2.99.

Banzai Blowfish is a new “Angry Birdsish” game from Red Piston involving blowfish. While I haven’t played this one yet I can tell you that it comes with 48 levels set across 5 themed worlds and the graphics look pretty slick. Few early reports of some issues with the game involving screen optimization and no back button (come on’ devs…) which isn’t a deal breaker, but is enough to bump it down the list. Not trying to be harsh, but if you want come into the market with a physics style game like AB, you better make sure you come correct as people are going to notice. Either way, it looks like it will be a fun game and you can grab it for $0.99. 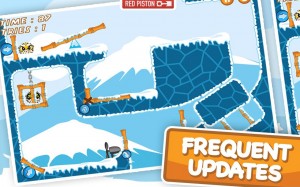 Have a Blast with Tic Tank Toe for Android
Zombie Mayhem with The Dead: Chapter One for Android