It was good to be a gamer this week as several great games dropped along with one big one people have been waiting to check out. Whether you like Shooters, Spiders or helping classic comic characters solve mysteries, there’s a little something for everyone in this weeks list. Without further ado, here are our picks for the Top 10 Android Apps of the week…

ShadowGun is a new 3rd person shooter from Madfinger Games that puts you in the role of an Intergalactic bounty hunter. It’s been a very hyped-up game, and I’m happy to say it’s just as good as it looked! The graphics really blew my mind, and it’s far and away the best looking game on Android right now. If you can run it, I highly advise you to go grab it right now and get your game on. You can get Shadowgun for $4.99 in the Android market. If you need more convincing then check out my full review. 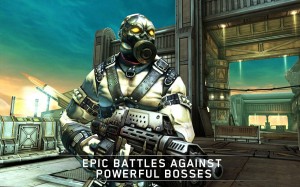 2. The Adventures of Tintin HD

A lot of times people groan when they hear the words “movie tie-in” and video game in the same sentence. That’s not necessarily the case for Gameloft’s new game The Adventures of Tintin. I haven’t been able to give it a full run through yet, but from what I’ve played so far it’s been quite a bit of fun. In different parts of the game you’ll get to play as Tintin, Captain Haddock, and Snowy. The game has a great look and feel that really puts you into the world of Tintin as well. The Adventures of Tintin HD is available in the Android market for $6.99, and a full review is coming up soon. 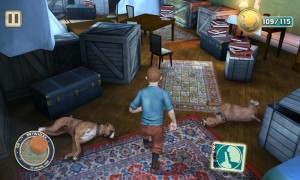 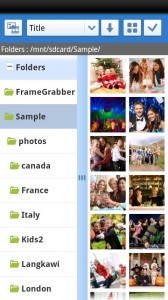 Picture Manager is a new Photo App from Sony that makes organizing your photos a breeze. It allows you to easily access your files in a two-pane view which eliminates the need to go back and forth digging through folders. You can move, delete, and copy pictures as well as organize them through the use of ratings and labels. I got to try this one out earlier in the week, and I will say it’s very handy to use; especially if you have a lot of pictures scattered throughout your phone like I do. Sony’s Picture Manager is a great little app and you can get it for $2.49 in the Android market. 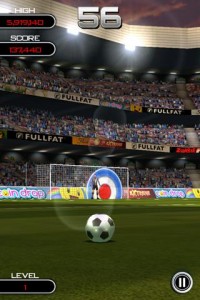 If you liked Flick Golf, you’re bound to get a kick out of Flick Soccer! from Full Fat Productions. It’s a soccer game where you’ll flick instead of kick, and you’ll get to flick kick in 5 different game modes. You’re able to “bend” the ball a bit by swiping, and you’ll definitely need to master that as the levels progress in challenge mode. Flick Soccer! is a great time-killer, and you can pick it up for $1.99 in the market. 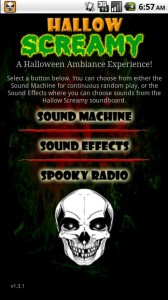 As it’s the weekend before All Hallows Eve, thought it would be nice to throw in a few Halloween themed apps. Halloween Screamie is a cool little app from Peake Interactive that lets you spook your friends and co-workers. It’s packed full Halloween sounds & music, and even features a strobe light. This ones fun to pull out in a haunted house or corn-maze if you use it at just the right time (trust me) you’re going to get a reaction or two. Free version has 13 sounds while the paid version of Halloween Screamie gives you 30 for .99 cents.

Wind up Knight is a great looking side-scrolling game from developer Robot Invader. You’ll play a wind-up Knight on a mission to rescue a Princess from the evil Black Knight. You’ll travel through 50 levels and 4 different worlds, jumping, slashing and rolling your way to victory. Wind up Knight is a solid game with killer graphics and plenty of action. You can pick it up for free in the market. 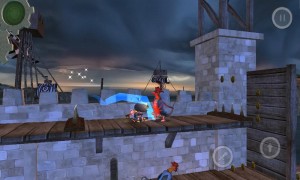 This one’s a Zombified version of Glu Mobile’s popular shooting game Contract Killer. In Contract Killer Zombies you’ll take on hordes of the undead in missions scattered around the city. The graphics in this one are very good and it even has a bit of a storyline to follow. The gameplay itself follows the usual formula of level up, get money, buy weapons…  rinse and repeat. It’s a fun game to play, especially during Halloween when you need to get a little Zombie killing practice in. 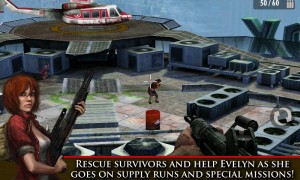 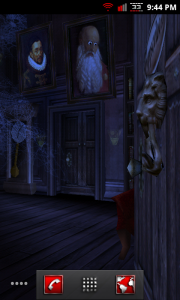 Haunted House HD Live Wallpaper has more features than you can shake a stick at, and its all about Halloween! You can set it up to show the inside or outside of your spooky mansion, and customize damn near everything on the screen. Seriously, there are around 20 or so different items you can turn on or off, and you can even write your name on the mailbox or over the front door. Very cool looking wallpaper; you can grab it in the market for $1.99. 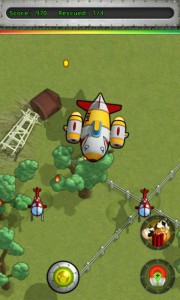 Alien Rescue is a great looking shoot-em-up game from the Rombots Team. The game puts you in charge of Krut a little alien that wants to rescue his friends that were trapped on Earth in 1947. There are plenty of powerups, weapons and game modes to play through; I really enjoyed the quirky 2D graphics and sound effects as well. Alien Rescue Episode 1 is definitely worth a look and you can check it our for free in the market.

Space Cargo 351 is a new “box pushing” game from developer Miguel García Corchero. There are around 32 puzzles to solve with 4 different levels of difficulty and a Sci-Fi soundtrack. I haven’t played this one yet, but the graphics look slick and there’s a robot which is always nice. There’s a lite version of Space Cargo 351 to try or the full version can be had for $1.09. 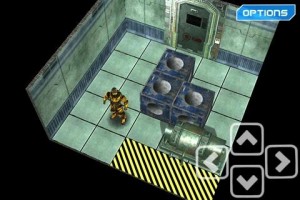