As the end of the week rolls around, it’s time again for another installment of Top Apps of the week. They’re were A LOT of great games this week, and it was a real task to try and sort out the best and use only 10. Whether it’s fighting robots, a hungry bird, jelly towers or a photo sharing/editing apps… there’s a little something for everyone. Without further ado, Android-Apps proudly presents it’s Top 10 Android Apps of the week…

Infinite Dreams is starting to become one of my favorite developers, and they’re doing it with games like Jelly Defense. Their newest project is a Tower Defense game where you’ll build Jelly Towers to defeat the incoming hoards of Jelly monsters. They gameplay is very solid in Jelly Defense, but the graphics are really awesome and set this game apart from every other Tower Defense game in the market. This is a “must have” for people who enjoy Tower Defense, and I promise it’s unlike the other TD games in the market. No free version is available, but the paid version can be had for .99 cents. 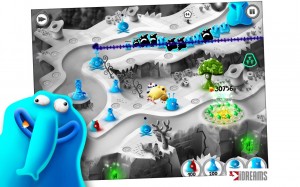 Gameloft struck again this week with a highly anticipated game called 9mm. If you’re familiar with Gameloft you know that their games might not be the most original on the market, but they are a lot of fun to play and always look great. 9mm is in the vein of Grand Theft Auto, and you’ll play a cop who’s out to clean up the streets. You’ll be able to arm yourself with a variety of weapons like shotguns, pistols, grenade launchers, and machine guns while unloading clips “Matrix style” and taking out the bad guys. The environment is destructable, and you can play online deathmatches with up to 12 people using Gameloft’s Live service. You can pick up 9mm in the Android Market for $6.99. 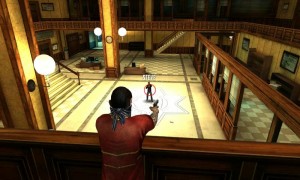 Physics games are very popular and I saw at least 4 solid ones come out this week alone. Early Bird from Booyah Inc. is the best out of the new batch, and one of the better physics games I’ve played this year. You control a little Disney-esque bird by swiping through the air which is a new approach to the standard animal flinging most games use. The bird has to collect as many bugs as possible while trying to make it to the worm at the end of each level. The graphics are very easy on the eyes while the 96 levels are assured to keep you busy for quite some time. It’s rating had dropped a bit due to complaints of it not working properly on some devices; that being said, I tried running it on several devices (and my Captivate) and had no issues at all. Great game, and it’s definitely worth checking out. You can grab Early Bird for .99 cents in the market. 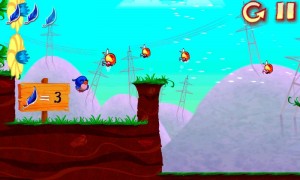 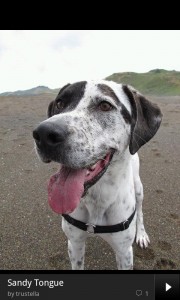 If you enjoy sharing Photos online chances are you’ve used Flickr before. Well, Yahoo finally got around to putting a Flickr app on the market, and I was pretty excited to see it out. Once I got the app going, the excitement faded (no Groups??) a bit as it’s a mixed bag at this point. Some things work perfectly while others need a bit of fine tuning. It is the first release so I’m cutting the big Y some slack on this one for now, I’m sure they’ll have the kinks worked out in no time. The Flickr app is still worth checking out, and you can pick it up for free in the market.

Flick Golf is a great new golf game from Full Fat Productions, and it’s one of the quickest (and funnest) golf games around. Simply flick your shot towards the hole, and spin it (swipe) in the air to get close to the hole. Spinning the ball is a major part, and guiding the ball into the cup is no easy feat at first but get’s easier as you practice. The 3D graphics are perfect, and they’re are plenty of courses to unlock & play through as well. Flick Golf is a solid game in every aspect, and a game you won’t put down for awhile once pick it up. Flick Golf is available in the Android market for $1.07. 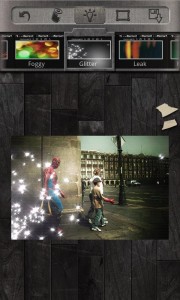 This one came out last week, but is well worth a look so I’ve included it on this weeks list. Pixlr-o-matic is a new Photo editor from Autodesk that lets you give you’re pictures a retro look with its many filters and settings. There are lighting effects, color filters and borders; you can get around 25,000 different finishes on one picture by adjusting the filters and tweaking the settings. The app works great, and some of the pictures you’re able to produce will definitely impress your friends. Pixlr-o-matic is free to download in the Android market.

Handygames dropped a gem on us this week with the follow up to its popular game Guns’n’Glory. In Guns’n’Glory 2 you’ll take charge of the US or German side and battle it out across 12 massive maps with 3 different levels of difficulty. All your units can be upgraded as well, and the ability to play through the game with one faction, then the other adds an extra layer of depth to an already challenging game. Great graphics, great sound effects, and the WW2 theme was a welcome addition and very cool. You can grab Guns’n’Glory WW2 for free in the market. 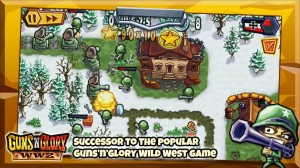 Hipmunk is a new Android App that helps take the frustration out of searching for a flight. Instead of just showing you the cheapest flights around Hipmunk sorts the flights by “agony” which takes into account things like the number of stops and how long you’ll be traveling. When you find a good flight, you can book it on your phone, email it or finish it from your PC. Great little app to have if you fly a lot and best of all its free! 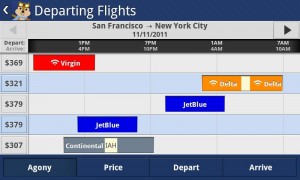 There have been a few movie tie-in games come to android, but most if not all fall a little flat. Real Steel HD from Jump Games is the newest game to take on the task, and succeeds just on the premise alone which is fighting Robots! Just like the upcoming movie, you’ll get to fight with giant robots in several different arenas and its pretty damned cool. There are 8 different robots to unlock and two different modes of play. The robots look great, and while the fighting is a little clunky it’s still a blast to play Rock em’ Sock em’ Robots on your phone. No free version is available at this time, and the full version while very cool might be a little steep for some at $4.99. 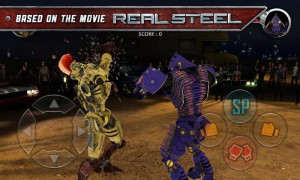 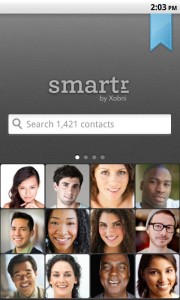 Smartr Contacts is a new app from Xobni that makes all the people you’ve ever swapped emails, calls or Texts with searchable from you Android device. It automatically finds the people and makes profiles for them with a wealth of information, even if they’re not currently in your address book. It’s a very cool app, but does have some bugs as its still in Beta right now. Can’t wait to see what its like when its out of the beta stage, should be a very handy app to have. You can check out Smartr Contacts in the market for free, just remember its in Beta before making comments in the market.