Android-Apps.com Proudly Presents our Top 10 Apps of the week for September 9, 2011…

Kariosoft made a lot of fans happy this week when they finally released an English version of Pocket League Story. You’ll be managing a Soccer team in Pocket League Story, and will have to coach, train and level up as you try to build the best team in the world. The gameplay is similar to their other “Story” games, but there are several new things that make Pocket League stand apart. No free version at the moment, but you can get the paid version for around 5 bucks. 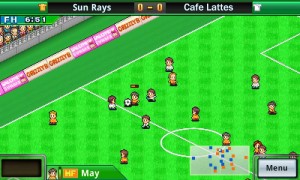 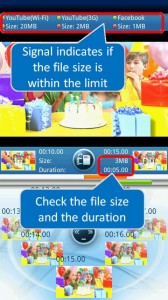 Everyone takes videos with their phones nowadays, and posting to Youtube & Facebook are just one click away. Sometime you’ll have content that you want to edit out, and it slows things down when you have to transfer the video to the computer for editing. Well, the Sony Video Trimmer can change that as it lets you edit the video straight on your phone. I can tell you first hand that the interface is simple to use, and makes cutting out sections of video a breeze. No trial version is available at the moment, but you can get the full version for $2.98 in the market.

NFL Rivals is the newest football game from Natural Motion games makers of the popular Backbreaker Football series. The gameplay in NFL rivals is pretty much the same as backbreaker except for the fact you get to use all 32 NFL teams! You also actually get to represent your team as every time you play with your favorite team, your score will be uploaded to that teams ranking on the Rivals Leaderboards. Graphics look great, and the gameplay is solid just like the Backbreaker games. You can get NFL Rivals in the market for $2.99. 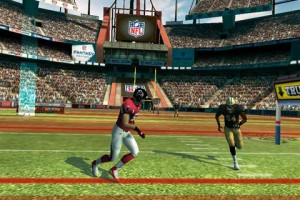 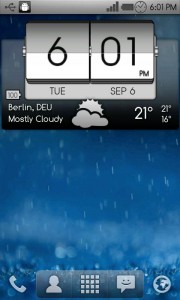 Looking for a slick Flip Clock for your phone? If so, then look no further than the 3D Flick Clock & World Weather Widget from Droid27. This full featured flip clock comes with 16 different clock skins, 4 weather skins, and 5 fonts for the time. The clock looks great and can be used in landscape or portrait mode while the weather function gives you a little bit of everything from humidity to the time the suns sets. This widget looks great on the Captivate and best of all, it’s free!

The lumberjacks have invaded the Beavers homes and now you get to help them fight back in Beaver’s Revenge from Twisted Games. You’ll fling fish, toss rabbits and take down the lumberjacks with different animals across 60 colorful levels. I haven’t personally gotten to play this one yet, but it looks pretty awesome. You can check out Beaver’s Revenge in the market for .99 cents. 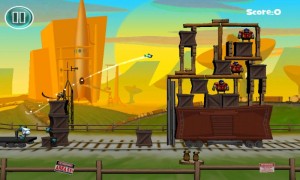 Cross Court Tennis is a great looking 3D tennis game from Refined Games. It’s simple to play and boasts a wide range of features like career mode, 35 different opponents, and 3 levels of difficulty. You can use swipe gestures to adjust the spin on the ball which is definitely handy as you’ll get to play on three different surfaces. You can try out Cross Court Tennis for free or pick up the paid version for .99 cents in the Android market. 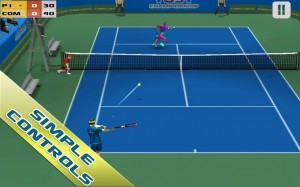 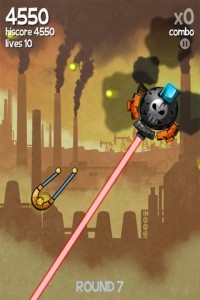 Pollushot is a quirky new game that has you catching debris and slinging back at polluting pirates with your “Sling Ship.” The gameplay is very simple and well done as the sling-shot control system is a lot of fun to use. You get 3 different worlds to play through along with 36 achievements to unlock. It’s another fun game from YoYo games, and you can check it out for .97 cents in the market. 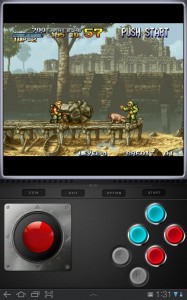 MAME4droid is a great new MAME arcade emulator from developers Seleuco. This emulator let’s you play games supported by the original MAME 0.37b5 along with some newer MAME versions. It has native support for Honeycomb tablets, plenty of options, and it ran great on my phone. Overall, it runs can emulate over 2,000 different romsets so you should have no problem playing most of your old favorites.  You can get MAME4droid for free in the Android market.

Ever want to gun down enemies from a Steampunk style War Balloon? If so, you need to check out Baloon Gunner 3D. You basically fly through sky by tilting your phone, and blasting away at your enemies with cannons, missiles, and bombs. There are 40 levels spread out across 4 awesome looking environments which means you’ll be taking down enemies for quite some time. It’s a simple, yet fun game to play and it’s free to download in the Market. 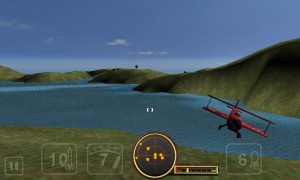 The oddly titled SwingGame3rd is a great little time-killer from KUMA360. You are a little robot that enjoys long walks on the beach, and swinging of course. It’s about the simplest game you can play as you just swing, hit a button to stretch your knees for extra momentum, and hit jump at your highest point. It’s a very simple game, but a very addictive one as well. Not many options to speak of, but you can check your longest jump against others with the on-line leaderboard. You can grab SwingGame3rd from the market for free.