Sports games are well suited for Android devices, and there are quite a few to choose from out there. Here at Android-Apps, we love sports and thought it was about time for a Top 5 Sports list. We scoured market and came up with what we think are the 5 best games from five different sports including Baseball, Football, Hockey, Soccer, and Golf. Without further ado, here are the top 5 Android sports games…

Baseball Superstars 2011 from Gamevil is one of the funnest baseball games out there. The graphics may be a bit cartoony, but there is a whole lotta’ depth in the gameplay.  There are tons of achievements to unlock, and the My League mode will definitely keep you busy for a while. There are free & paid versions of Baseball Superstars 2011 available and you can check out both in the Android market. 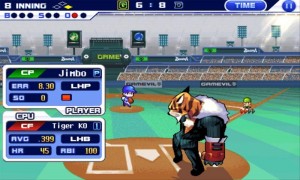 EA Sports brought their 2011 version of the popular football game Madden NFL to the market, and as a fan it’s great to be able to play Madden on your phone. The game boasts an impressive roster of stars with around 2,000 players from all 32 of the NFL’s teams. You can run an entire season, and you’ll be able to choose from nearly 300 plays. You can also “draw” custom Hot Routes for your receivers, which is a nice feature to bring over from the console version. The controls may be difficult for some folks, but it’s still a great football game. No free version is available, but the full version can be picked up for around $7.99. 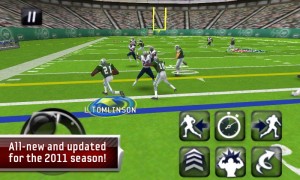 Basketball is a hard sport to translate onto a cell phone, but Seltice Systems did a great job with Driveway Basketball. You might not be playing on the court or with NBA players, but it’s a very fun game none the less. There are 9 modes of play including the ever popular HORSE and Around the World, as well as a few new modes like Blocker and Hot Shot 5. The HORSE mode is my personal favorite, and the “Blind Shot” is great to pull out on someone. Driveway Basketball has a free version, or an ad-free paid version for .99 cents. 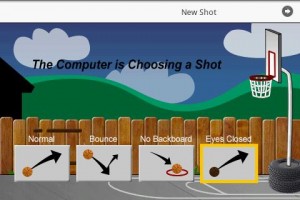 Pro Evolution Soccer 2011from Konami is hands down the best Soccer game I’ve played for Android so far. There are plenty of teams to choose from, and the graphics are very slick. The controls are easy to manage and there are two different settings of difficulty. Beginners and Experts alike will be able to pick up and start playing, and enjoying this great little soccer game. If you’re a fan of soccer, you can pick up Pro Evolution Soccer for $2.99. 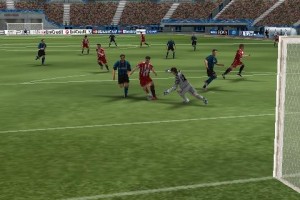 Let’s Golf 2 HD is a great looking Golf game from Gameloft. The graphics look great as usual, and it even has online multiplayer. You’ll get to play in six different locations like an Aztec Temple, Kenya, and Mount Olympus Golf Club. The characters are well done, and each character has a different power-up that will help improve your game. If you like your games with a little depth, Let’s Golf 2 has that with it’s in-depth Career mode. It’s a fun, excellent looking golf game and you can get it for around $4.99 from Gameloft. 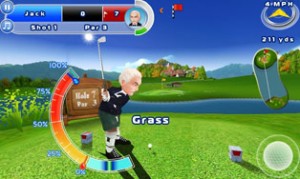