Top Android entertainment apps to install on your phone in 2019

Smartphones are evolving. Over the last decade, our phones turned into full-fledged computers with an array of amazing features. They have also partially replaced cameras. Smartphones take better quality pictures in 2019 than some professional cameras. Android is the go-to operating system for nearly all smartphones today except iPhones. The company has its own proprietary system and app-store that function completely independently from the rest of the smartphone World.

Smartphone-based entertainment is also reaching new avenues. Some of the games we can play on our phones today look way beyond anything that was available on PC a few years ago. Nearly all forms of entertainment are catered to in modern-day apps. All you need to do is log on to Google Play and choose what your heart desires. Doing so might not be so easy, however. The market is overly saturated with an insane amount of applications. The experience can be quite disorienting. To help you out with that, here are some of the best entertainment apps to look for in 2019.

Do you like racing? Well, then you’re in luck. EA’s new cross-platform multiplayer racing game offers some of the most spectacular visuals and in-game mechanics to date. The game allows you to customize the almost photorealistic renderings of real-life cars. Visually and mechanically, this is one of the most impressive racing titles on the market.

The racing tracks based on real-life locations are full of complex detail, the vehicles move fluidly and naturally, the interface is also intuitive and easy to navigate. Real Racing 3 sets new standards for how complex mobile racing games can be. Despite some complaints about the intensive use of microtransactions in the game, the game is still very much free and a lot of fun.

Maybe you’re more entertained by gambling? Lucky Bells is a slot game with clean and polished visuals, sound effects and mechanics. It incorporates bonuses, free spins and other exciting slot features to deliver a clean-cut, fun game with no unnecessary features. The game, like all Amatic games, offers a high degree of security and an impressive winning rate that’s been emphasized by the users time and time again.

Austrian Gambling provider Amatic Industries is a company with more than two and a half decades of experience and expertise in creating innovative entertainment products. The company operates on multiple platforms, offering mobile versions of its games as well. The algorithms for each one of their games are well-polished and designed with the user in mind.

Choosing a company you can trust for gambling is an intricate task. The comprehensive review of the Amatic Industries practices listed at https://slotsjudge.com/online-casinos/amatic-casinos/ offers a more detailed look into the company and how it operates. The entertainer is famously committed to rigorous testing of their games to ensure maximum consumer satisfaction and the safety of your funds. The games are encrypted with the most secure systems the industry has to offer.

Or are you more of a shooter fan? Since 2017, the free battle royale Fortnite took the gaming World over by storm. It became an international phenomenon and gathered millions of fans from all over the World. Epic Games, its creator, scrubbed Paragon, another one of its projects in order to focus more funds and energy on the hit game.

Two years later, the mobile version of the most popular game on Earth is available on Android, but can only be downloaded from the official website of the company. The adapted game is still as vibrant, intense and a lot of fun to play. It’s pretty similar to the original game. The map, the gameplay, they’re all transported to your smartphone in an extremely impressive way. The game also supports crossplay, which means that you will be able to compete with players who are using different platforms.

Overall, the game is a remarkable achievement for Epic Games and will provide great entertainment for you in 2019, if you choose to engage in it.

Who knows, maybe you’re a sports person. If you enjoy watching or playing football, you’re likely familiar or at least aware of Pro Evolution Soccer or PES. Developed by Konami, Pro Evolution Soccer has been one of the most popular games in the World for years and years. By now, the game has an almost legendary status in the gaming community.

PES is available on almost all mediums. Lately, it also transitioned to the mobile platform. The game is excellently optimized and free, with some in-game transaction options that don’t take away from the main experience.

The Unreal Engine 4-based game has a huge community of loyal fans. The 2019 version of the game also offers 12 additional leagues from around the Globe, as well as some neat extra features. 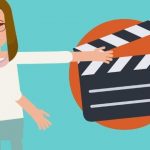