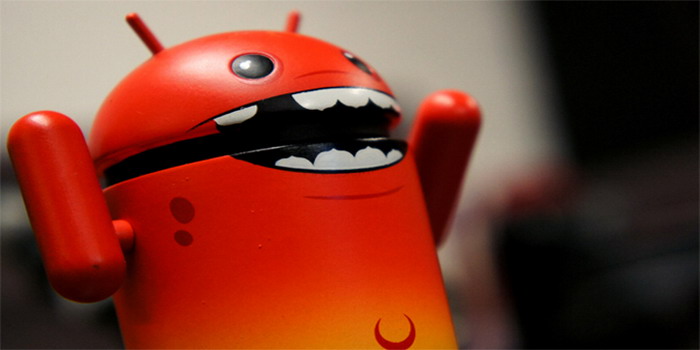 The well known security company Webroot discovered the latest kind of Android malware posing as a legit app in Google’s Play Store. This is a new breed of malware, because this time is hiding in plain sight. The malicious app is called Android TechnoReaper, this is its “street name” and it disguises itself under legitimate Android apps. Google Play Store is widely regarded as a safe haven from where to download and install the latest apps for your Android powered smartphone, now Webroot reveals that nothing it’s safe anymore. The Android TechnoReaper can be spotted on a closer look, as when it is installed on your smartphone it requests a bunch of weird permissions, but since you downloaded the app from a supposedly safe source, you tend to overlook anything suspicious. This malware infects a number of Android apps which are used for downloading fonts  that are not currently found on regular smartphones or tablets. But after downloading and installing the font-app, you will find that you gained more than you bargained for. The Android TechnoReaper works remarkably simple and efficient: when you are acquiring your font app from the Google Play Store (there were 2 Android font apps discovered until now which contain the malware), you agree to download and install some stuff on your smartphone, i.e. the font thingy. But the malware redirects you to a privately hosted download link which contains spyware. And voila, you just installed by free choice and consent, along with the desired app, a very dangerous spyware tool.

Once installed, it looks like a regular, pretty nice app for adding new fonts to your smartphone.When taking a closer look into the app’s code, you will notice that the ikno.apk file is actually a spyware used to monitoring your SMS, call logs and location. &nbsp; In order to protect your Android smartphone from online threats, you should have installed an antivirus program, like Webroot SecureAnywhere. Source: Webroot

Google aggressively attempts to wrench control in iOS with Gmail
The Best New Android Apps of the Week – May 12, 2013