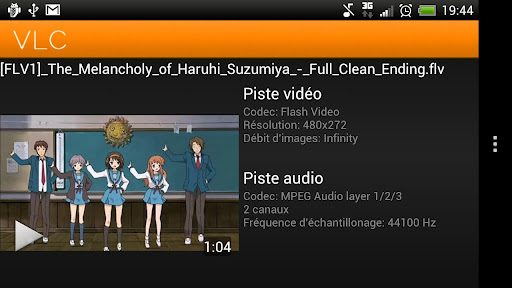 For those of you who have been waiting for the VLC Player to finally become available for your Android devices, well that day has come. VLC Beta just hit Google Play and is now available for download. The release of VLC Android app comes four months after the iOS version was released. And although the Android app is still in its beta form, it is nonetheless still a capable video player app. VLC Beta comes in its simplest form with simple functionality. You can play and pause video as well as use skip widget for quick navigation and browse through your device’s root folders and subdirectories. And while VLC said that the app is still not very stable so far, its functioning as if it’s ready for prime time. Well, aside from a few hiccups here and there. Currently, the app’s feature log enumerates the following features and functionality:

But since the app is still in its beta form, expect some changes in the future version of the app including change in the user interface, performance enhancements, audio issues, and hardware decoding to be improvement. We tried VLC Beta for a couple of hours and so far, it was able to play several video formats including 720p FLV files. Give it a shot and tell us how it goes for you. Via [Google Play]