The number of mobile users has surpassed the number of those who use desktop computers. Mobile visits account to almost 60% of all traffic websites get, which isn’t surprising knowing that there are nearly five billion mobile users on the planet right now.

Still, there are some websites/apps that get more traffic from desktop users than from their mobile counterparts. Poker rooms are those that definitely belong in this category, but the big question is for how long is this going to be the case.

The fact is that the number of players using mobile poker rooms is rising all the time. If the trend continues, we could see mobile poker apps overtaking their desktop cousins as early as next year. And it seems that the poker websites won’t mind the change.

The number of people owning smartphones increases constantly, both due to the convenience they provide to the users and for the fact that they’re becoming really affordable. Actually, the average price of a smartphone has dropped by more than a hundred dollars since 2010. Owning a smartphone has become a luxury anyone can afford.

The thing is that regular mobile players play poker several times more often than those players who exclusively use desktops for this purpose. Smartphones are just much more convenient, they let you play poker whenever and wherever you want. This goes not only for poker, but many other games where money is involved.

Playing poker more often means that mobile users are wagering more money. Sometimes they win, sometimes they don’t, but from a poker room’s perspective, it’s all the same – they’re gonna get their rake anyway. What this means is that poker rooms are getting much more money from mobile players than their desktop counterparts.

Because mobile players are spending more cash than those who play it on desktop computers, it’s not a surprise that poker sites are determined to make mobile apps as user-friendly as possible. In fact, it seems that every major poker website has its own mobile version. And the best ones, like those listed on this site, come with their own real money mobile apps for Android as well as iOS.

Such apps are designed knowing that the users will play poker on screens that are several times smaller than those on laptops and desktop monitors. Therefore, many of them have decided to get rid of all the unnecessary stuff and make the app as easy to use as possible.

Poker sites also realize that most mobile users are playing this game only for fun. A large percentage of them do it to fight boredom while commuting. In the USA, commuting takes about half an hour on average. This means that some people need a few minutes to get to work; for others, it takes over an hour each working day. To make commuting more fun, many of them are using their smartphones. And playing mobile poker is often their solution. The problem here is that those players are usually not too experienced in this game. They are what experienced poker players call “fish”.

In order not to let the fish get caught by experienced poker anglers too easily, many poker rooms have decided to develop their mobile apps with newcomers in mind. The result is that these apps come with tools designed to help the newbies get by. We’re talking about tools like automatic probability calculators, for example.

And the final reason why newbies love playing poker on their smartphones is that they’re often rewarded with lucrative bonuses for going mobile. Bonuses are a proven way of attracting new players and poker rooms have been using them ever since online gambling became a big deal back in the nineties. They’re now using the decades-long tactic to attract the players to their new apps.

What kind of bonuses they give away to mobile users varies from one poker room to another, but one thing seems to be the case here – mobile bonuses are at least equally lucrative as those available to desktop players.

Is there Any Room for Improvement?

No matter how hard the poker rooms try, for some players, the bigger display of a desktop computer beats mobile phones anytime. Playing poker on a much larger screen is the number 1 reason why players still prefer desktops to mobiles, but there are a few other reasons.

In order to compete with desktop versions, mobile apps will have to evolve. Their developers will have to find a way to tackle such issues as battery consumption. The Achilles’ heel of many smartphones is their poor battery life. With PCs, you don’t have to worry about it running out of juice in the middle of a winning hand. That’s not the case with smartphones. If the battery dies, so will your poker session.

And that’s not all, there are many other potential interruptions – incoming calls, SMS, social media messages, etc. All these things can ruin your experience and even cost you some winning hands. The good news is that the app developers know this and that’s why they’ve been working hard to find solutions for these issues.

But, it’s not just about the app developers. The entire world is going mobile. For instance, the cellular internet is becoming faster and more stable, with 5G soon to become a common thing. The number of free Wi-Fi spots is also increasing all the time. And that means free internet for everyone.

So, to answer the question from the beginning – will mobile poker apps overtake their desktop counterparts – they probably will! And they might do it sooner than expected.

4 Qualities You Need To Look At A Hosting Company 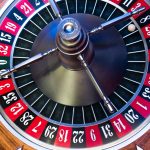