Today’s news is not necessarily tech-related, but I thought that an aircraft with a glass floor would be the best idea since, I don’t know, Android? And we’re not talking about any aircraft here, but world’s largest. Despite of what some may already think, i.e. this is crazy, what do you mean, an airplane with a glass floor? That’s nuts!, well, what we’re dealing with here is not an airplane, but a 320 foot long “hybrid” airship. This pretentious choice of words means nothing more than a glorified blimp if you ask me, but let that go.

The name of the hybrid, because everything’s a hybrid nowadays, is Airlander 10 (I wonder what happened to the other 9), and its maiden test-flight took place in 2016. Today, the company behind this project revealed its luxurious interior. The concept behind the Airlander 10 is to build an aircraft capable of landing and taking-off from anywhere, and aimed at tourists ready to spend top-dollar while flying slowly in a 5 star hotel basically. See, this glorified blimp has a top speed of just 91 miles per hour, give or take, and it can fly as high as 16,000 feet, which is pretty cool in my book. However, the main selling point of a cruise in the Airlander, besides its luxurious interior, is the glass covered cabin, which yes, includes some of the blimp’s floors. You can imagine how interesting would be to take a look down while flying at 16,000 feet. It would be awesome or, in my case, a good reason for a panic attack. The Airlander 10 can carry up to 19 passengers in a three-day expedition, providing full catering.

Now, if you ask me, this is a glorious idea, and I can’t wait to buy a ticket on this baby. Considering its relative slow speed, don’t expect for trans-Atlantic journeys, this is not why Airlander 10 was created in the first place. Its purpose is, let me quote from the “makers” : “luxury expeditionary tourism.”  But 3 days with these views? Where do I sign?

“Air travel has become very much about getting from A to B as quickly as possibleWhat we’re offering is a way of making the journey a joy.” 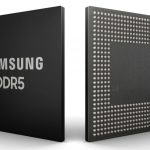 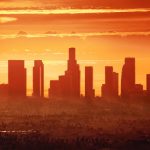 Californians Asked to Turn Off Lights