YouTube Picture in Picture Mode Rolls in the United States

If you’re an Android user and a YouTube aficionado, as expected from one reading this website, the good news is that the Android version of the app now offers an awesome picture-in-picture mode, and I am obviously talking about YouTube Picture in Picture (PiP), for all of us “peasants” out there. Truth be told, this cool feature was already available for paid subscribers for over a year, but now it’s free for all. Bernie Sanders smiles and waves.

So, YouTube Picture in Picture is now rolling all across the United States, after Google’s recent change of heart, even for non premium subscribers. The full roll-out should be finished a couple of days from now, on Monday. As its name suggests, or as you already know if you’ve ever owned a TV set with PiP, picture in picture is a mode that allows you to perform various tasks on your smartphone while, in this case, watching a YouTube clip. If you own a big real estate screen droid, the picture-in-picture mode comes very handy, as a true gift from the gods, , so it’pretty cool to see it released out in the wild, free of charge, for all of you cheapskates out there. Once picture-in-picture goes live in your neck of the woods, you’ll be able to spot the PiP toggle in the application’s settings menu.

Even if your YouTube app is not up to date, you will be able to use PiP, as it’s been added via a server side update, i.e. it will pop up anyway. When the toggle is switched ON, with a simple tap of the home button you’ll exit the YouTube app, yet the video will still be available for you to see, playing in a floating widget. Pretty cool, huh?

Don’t worry if some videos will not work in PiP mode in the future, as YouTube creators have the option to disable it on a case by case basis, per video that is. As an interesting factoid, PiP may be available only for the Android version of the YT app, i.e. Apple users may never enjoy it, due to security restrictions in their OS, which do not allow floating widgets over apps. 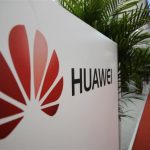 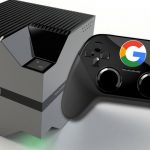 Google is Preparing New Video Game Console and Streaming Service, and Why This is a Bad Idea