Overview: Having both Android and iOS devices gives me the luxury of comparing great mobile games which are released for both platforms. Asphalt 7: Heat is a great game. I’ve played, finished and enjoyed it on my iPad but not as much as I did on my Samsung Galaxy S3. Asphalt 7: Heat is the latest in Gameloft’s highly successful and long-running arcade racing game series. It has all the bells and whistles that you’ll look for in an arcade racing game and will keep you occupied for several hours depending on how much you will play the game. 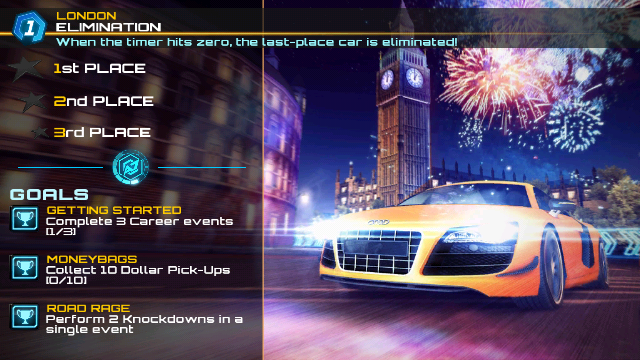 This review of Asphalt 7: Heat will focus more on the Career Mode since this is the meat of the game. I didn’t get to play Quick Race and Multiplayer (local via Bluetooth and online via Wi-Fi or 3G) that much. Gameplay Like all the other Asphalt games, the main game mode in Asphalt 7 is the career mode. This consists of thirteen cups which you unlock one by one, Each of the cups have multiple races which you must win or at least placed third before you can move on to the next races. At the last race in a cup though, you must place first to unlock the next cup. 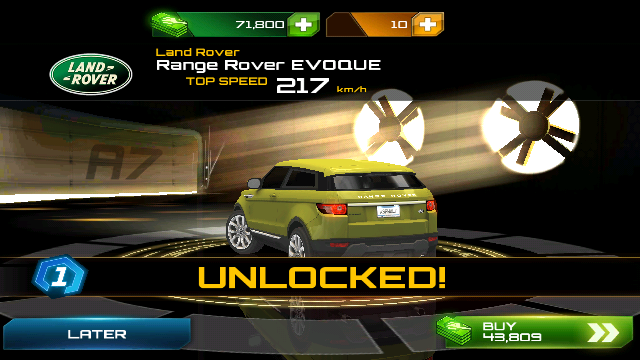 The game has five types of races namely, normal, elimination, drift, beat ‘em all, old school arcade and paintjob. In normal race you must place at least third or better to win. In the Elimination, you must always be the first car when time elapsed and you win the game after all five cars are eliminated. Drift gives you set drift points to achieve before time runs out. Beat ’em all requires you to take down set number of cars. Old School arcade lets you race against the clock. Paintjob requires you to finish the race without damaging your car. Take note, there 13 cups all-in-all in the game. So be prepared to play all five race modes thirteen times. But that is of course if you’re planning to finish the game and achieve 100% completion. If not, you can just play the multiplayer game or the quick race. Features In between races, you’ll have the chance to upgrade your current racing vehicle. This feature is pretty much straight-forward. Just earn the dough needed and upgrade your card up to the last upgrade level available. One good thing about upgrading your car is that you can really notice the difference in the car’s performance when racing before and after upgrading. In other words, you’ll win races easily if you partake of the upgrade options. 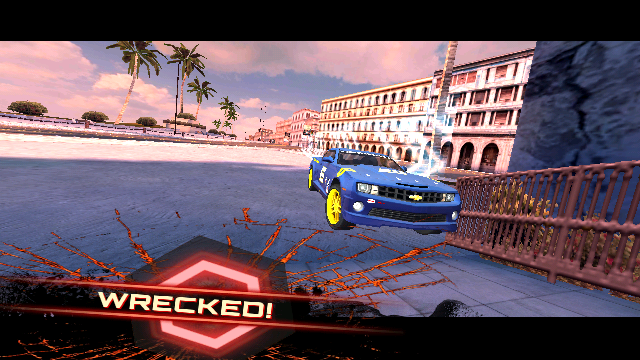 Finishing races also unlocks new, cool cars that you can use to race. There are also special cars assigned to special races and you can’t use it in other races. You can also rent cars if you don’t have the money yet to purchase it. Also during races, there will be objectives that can try to achieve. Successfully completing those objectives gives you more stars and advances your levels. Like many other Android games, Gameloft didn’t spare Asphalt 7 from the social features. The bad news is that everytime you’ve finished a cup or achived something during races, you will be asked to share it on Facebook or not. How I wish that after declining to share several times, the game will stop from asking me again. Graphics When it comes to features, the Android version of Asphalt 7 have everything that the iOS counterpart has. There’s the cool take-down sequence which comes out after you’ve taken down an opponent as well as the crashing sequence whenever you’ve hit the wall and got your car totally wrecked. The Adrenaline mode which you’ve achieved after getting the needed Nitro boost is also present. &nbsp; Comparing the iOS vs the Android version of this game, I will have to give it to iOS for having the more responsive version. I was using my Samsung Galaxy S3 and yet, still experience lag time which I never experienced on my iPad 2. But when it comes to graphics quality – I’ve got nothing more to say. The game looks beautiful on the Galaxy S3’s screen. Verdict Barring its minor flaws, I will have to give this one to Gameloft for coming up with a great arcade racing game for Android. It’s enjoyable, fun and rich with gameplay features that is all worth the bucks you’ll spend for it. Go get this game if you’re up to a great arcade racing game.