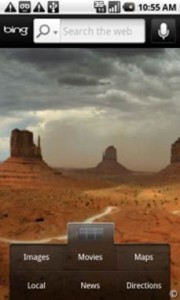 And what makes this app special? Basically, the Android app brings in all the goodness of the Microsoft Bing homepage. It features the Bing image of the day including clickable hotspots waiting for you to explore and the related trivia waiting for you to discover. The Bing Mobile Android app lets you browse through featured images from the past 7 days.

Another great feature of the Bing Android app is the voice-enabled search which gives you instant answers for trivial things such as movies, stock quotes, flight status and local listings.

The Android app also lets you find current location, discover new places by category, directions and route in getting to specific locations in the map and a handy zoom-out button. 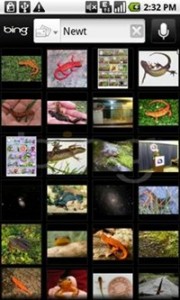 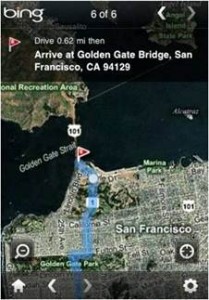 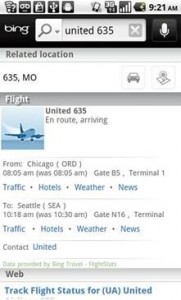 Other features of Bing Mobile app for Android include – local listing reviews, ratings and news.

So, if you have a Verizon Android phone, check out the app now and share with us how you find the app.