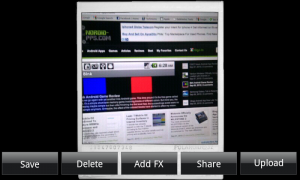 Most Android phones sport a high-resolution camera capable of capturing high-resolution photos.  While photos produced from Android phones are good enough, some of you might be fond of doing post-processing to these photos. Hence, you need a good photo-editing apps. The good news is that Android has a couple of good photo-editing, camera-related apps. One of them is Android Slide’s Camera ZOOM FX.

Camera ZOOM FX is a feature-rich camera app that not only enhances the performance of the Android phone’s default camera app but also allows you to add special effects and other enhancements to captured photos. The app lets you set several photo effects before or after taking a picture. You choose from Normal Camera, ColorFX, MirrorFX, DistortFX, and FrameFX. Each of these general photo effects feature various options. For instance in FrameFX, you can add vignette, spotlight, polaroid and more to your photos.

The camera app works fast and automatically fires up your phone’s LED Flash when taking photos in a not-so-lit environment. After taking a photo, you can either save it to your phone’s photo album, share it with your friends through your phone’s various communication app (Twitter, Bluetooth, email, Facebook and more), or upload the photo to a cloud storage service. 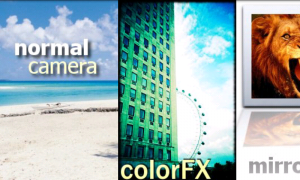 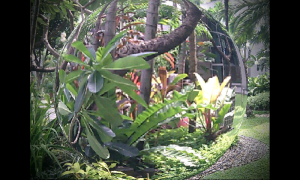 I’ve tried several photo-editing and camera-related apps in various platforms and I would have to say that Camera ZOOM FX for Android is one of the best. For Android, it’s probably the best camera app that you can find from the Android Market.  It supports Android 1.5-2.2 and will cost you UK£2.99.