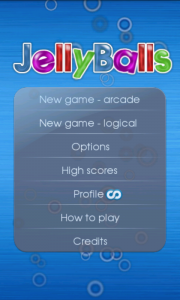 Here’s another pretty addictive Android game – JellyBalls from Android app developer Hyperbee. JellyBalls gives a new spin to  the classic color-matching, ball-popping arcade game and came out with a beautiful and colorful Android game. This easy-to-pick  Android game features several game modes with varying gameplay for an added variety. The game’s main objective is of course to get as many similar colored balls by simply tapping any ball. Similarly-colored balls adjacent/connected with each other will disappear once you tap on any of them.

Continuous – lets you play the game in continous sequence until you’ve reached level 22. The objective is to pop as many balls as you can every turn to finish the game with your fastest time and highest points possible.

Break the Shield – similar to continuous game mode but this time, half of your Android phone’s screen is covered with metals. The more similarly-colored balls you pop every turn, the higher your points will be. Every three levels, the metal cover will appear, take that opportunity to get rid of as many balls as you can before the metal re-appears.

Look Up at the Ceiling – this time the balls will drop down from the top of your phone’s screen. Every time you pop out the balls, new set of balls will drop down. The game will be over once the screen gets filled up by balls. This is of course similar to the classic Tetris.

Classic -lets you play 22 game levels in sequence. That is you can’t move from one level to another unless you’ve accomplished the level goal.

Get Them All – lets you play the same 22 levels in the Classic mode, only this time, your goal from level to another is to get all the balls.

The game also has other features like options settings, high scores leaderboard and profile creation.

Here’s a quick video demo of the game: 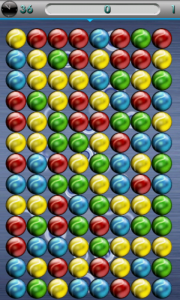 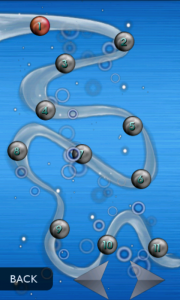 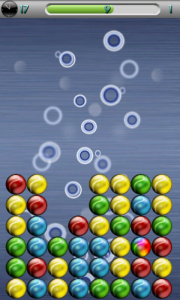