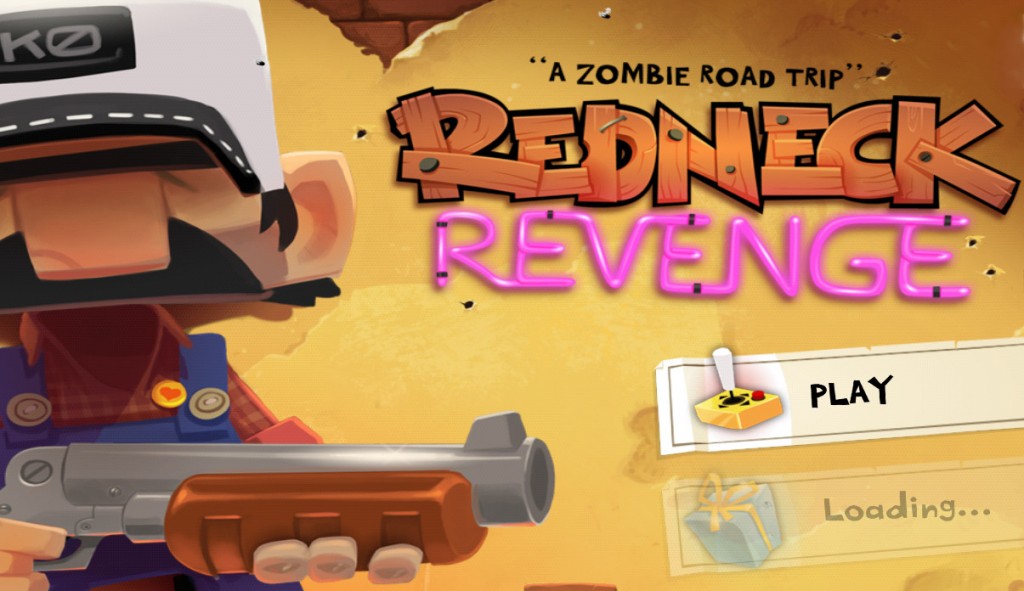 Last week we talked about Bulkypix’s Goblins Rush, and this week we’re going to take a look at their upcoming game Redneck Revenge. I was lucky enough to get my hands on this one ahead of its February 14th release date and have been happily blasting away at zombies for a few days now. Is it as good as it looks? Read on to find out… 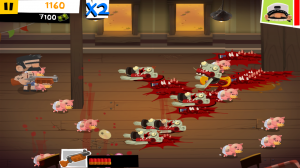 Redneck Revenge is a zombie killing game that pits you against hordes of block headed zombies in several different settings including a bar, nightclub and route 66. There are plenty of power-ups, costumes, and unlockable weapons to use; a few of my personal favorites have been Uncle Bob, The Killer Whales, and the Spud Gun. I’ve also noticed a lot of cool little nuances throughout the game from the “Billy Bass” hanging on the wall to the flies buzzing around a pail in the corner.

I just happened to notice those while waiting for the next wave of zombies, but you don’t want to let your eyes wander much or you’ll be a zombie snack in no time. I don’t want to give too much away, but the zombies of Redneck Revenge are pretty interesting as well… I’ll just say I didn’t expect Granny zombie to spit her dentures at me from afar. So far I’ve been thoroughly impressed by Redneck Revenge. The gameplay is gruesome and fast-paced while the graphics and soundtrack are spot-on. Needless to say, a lot of people are going to enjoy this shoot em’ up and I have no doubt that zombie fans will be pleased. Bulkypix is handing out their bloody Valentine on February 14th, in the form of Redneck Revenge and we’ll be back with a full review of the game as soon as it hits Google Play.