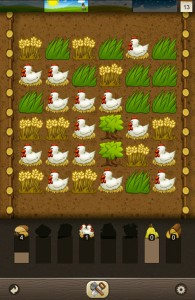 is the game for you. Puzzle Craft is by far the ultimate Android city building game because it incorporates so many different types of games and city building options that you will be hooked from the first time you farm your lands until…well your battery dies. That really is the only downside this reviewer has found with Puzzle Craft, my battery died while playing and I had to wait until I had a charge to keep going.

The game play and graphics for this Android city building game are pretty basic but you don’t need detailed 3D graphics to build a medieval village into a prosperous kingdom, you just need time and a full battery charge. The very first thing about Puzzle Craft that I noted as being different from your traditional Android city building game was how you collect materials. In most games you just build something and wait for it to produce, but not in Puzzle Craft, in this game if you want your farm to produce you click on it and begin connecting materials. Three or more in a row gives you that material, the more you connect the more you get. Think Bejeweled while farming. The same goes for your mine and so on. The more connections you make in a given time period the more materials you get to build more stuff and hire more 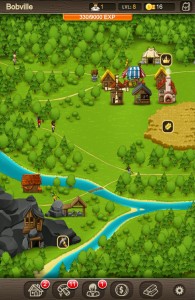 peasants. And you know you want to hire those peasants and put them to work.

Unlike most Android city building games Puzzle Craft doesn’t make you wait a given time period in order to build or buy the next item, instead go to your farm and connect those chickens. Once you have those chickens you can send your miners to the mine with enough food so that you can build a new well. And finally with that new well you will get more grain the next time you farm, and so on. Such a fun, addictive, but vicious circle.