Recently, Sega released Zaxxon Escape, a remake of its first video game with a 3-D isometric perspective which first invaded the lives of kids twenty years ago. Said game was retooled, fine tuned and adapted to suit the preferences of today’s mobile gamers. Does the game deserves your Android device’s precious storage and of course your precious time? Here’s our take on this space shooter. The premise of the game is simple. You, as the pilot of a sleek aircraft must escape Zaxxon’s asteroid city. You must fly your ship out of endless corridors, avoiding traps and collecting items that you can use to buy power ups for your aircraft. In a way, it’s like an endless running game, but this time you’re not running but piloting a fast-moving aircraft. Most of the time, all you need to do is to time your tapping to make your ship turn upward, downward, left or right. The game gives you a go-signal when it’s time to do the swipe+direction touch gesture. Along the way, you’ll also get to fire your aircraft’s weapons, primarily to destroy walls on your way. You can also fire you weapon at power-ups that appears along the way to activate or use them. This happens if you’ve purchase the power-ups at the game’s main menu screen. 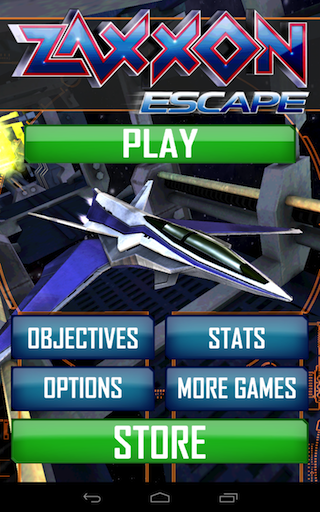 The game is an infinite level. But to make it fruitful, there are 30 objectives in the game that you may or may not fulfill. This is of course typical of any endless running game.So, there’s really nothing much to rave about this feature. When it comes to graphics, Zaxxon Escape may not be the best looking Android game but it certainly is enough to keep you enticed into playing the game for as long as you can make your aircraft flying in whole. 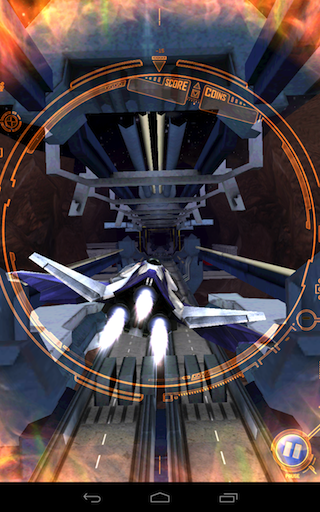 Bottomline? Zaxxon Escape is the type of game that you’ll find boring at first. You won’t appreciate its merits during the first few minutes of playing. But once you’ve obtained end scores higher than 10,000 points, I’m pretty sure that you’re already enjoying the game by then. So make sure to bear with the game for a couple of minutes. But that is of course if you’re already convinced that you’re getting the game. If not, stop reading this review and give the game a shot. It will only cost you $0.99 anyway. 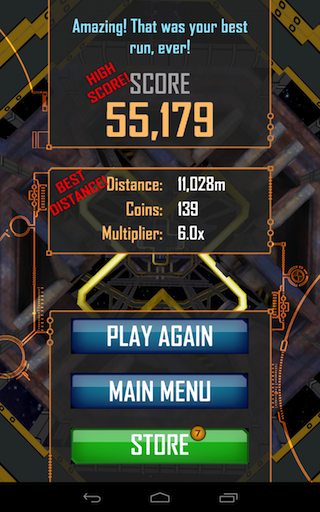