You are an Astronaut lost in space, and the only way for you to buy a ship to get back home is to game your way home in Shufflepuck Cantina by Agharta Studio. 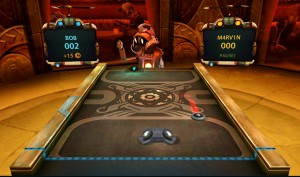 One of the things that makes Shufflepuck Cantina so interesting is the subtle references towards other games and movies in space. For example, you can’t understand what the aliens around you are saying until you get a Babel Fish, or if you listen to the background music in the game it sounds a lot like the Cantina music from Star Wars. The more you play Shufflepuck Cantina you’ll find more of these semi-hidden references.

Playing Shufflepuck Cantina is quite easy; just slide your finger around to hit the puck. There are three modes of game play; Dueling, be the first to make it to five points. Survival, last as long as possible scoring while not letting your opponent to score at all. Or Betting, choose an amount and if you win you get Credz. Credz are the in game currency that you can use to purchase upgraded pucks, mallets, or other store items. 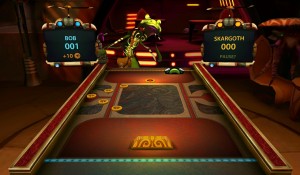