The Croods – Building a Prehistoric Paradise for a Price

A few weeks back we talked about Rovio & Dreamworks team up for The Croods game and a few days ago it finally arrived. It’s Rovio’s second venture outside the world of Angry Birds, and this time around they’ve chosen to go the full-on freemium route. 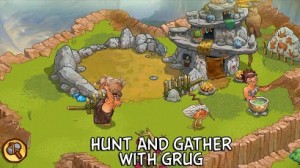 The Croods is movie tie-in game that follows a Stone Age family as they try to build their own Prehistoric Paradise. The thing that makes The Croods interesting is the setting, and Rovio has done an excellent job of bringing the world of The Croods to life. You’ll get to hunt & gather across several cool backdrops as you build and take on missions from members of the Crood clan. You can also unlock new areas by building gadgets with caveman Grug. Needless to say, the game looks great and there is plenty to keep you busy in the slick prehistoric world.

Now for the bad part. As it’s a building game you’ll follow that same old formula or build, wait, collect… rinse and repeat. You’ll also have to deal with the dreaded in-app purchasing setup which is unfortunately front and center in The Croods. You start out with a lot of “premium” currency, but you’ll burn through it quickly if you want to get anywhere in the game fast. It’s made worse by the fact that we didn’t see any free offers to earn crystals or coins. 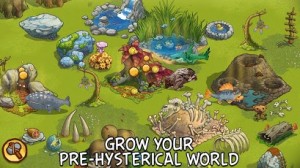 The Croods is a great looking game, and if you’re a fan of building games you’ll definitely want to give it a look. If you’re a fan of Rovio’s and were looking for something great from the team… this isn’t it. It’s a solid, great looking game as far as building games are concerned, but the IAP setup needs to be adjusted to really make it worthwhile. Judging by the comments around the web and on the Play Store, I’m not the only one that thinks that. If you want to give it a go, you can pick up The Croods for free on Google Play.