Aston Martin HD wallpapersA collection of high quality images of Aston Martin.More than 50 stunning high-resolution pictures for your desktop of your Android device, whichapplication allows you to choose without unnecessary actions and set yourself on the phone.Features:- Only HD- Only the best and brightest images  Original, high quality, convenient!History:Aston Martin Lagonda Limited – British manufacturer of luxury sports cars with headquarters in Geydone. The name of the company comes from the name of racing competitions Aston Clinton Hill Climb and the name of one of the founders – Lionel Martin. From 1994 to 2007 Aston Martin owned concern Premier Automotive Group, which in turn was owned by Ford Motor Company. The company Aston Martin was founded in 1914 by Lionel Martin and Robert Bamford, who previously were selling car brand Singer. At the beginning of Aston Martin used the other engine manufacturers, but after the improvement of transport and factories in Feltham began produced its own engines. The first car that was powered Aston Martin, called the International. After that came racing models Le Mans and Ulster. In 1972, Aston Martin bought out by a consortium of investors Birmingham, and in 1975 the American Peter Sprig and Canadians George Minden.Interesting FactsAbout 75% of the issued and Aston Martin models are still used.Here you will find the most beautiful and high quality wallpaper high resolution.(480×854, 960×540, 1280×720, 480×800, 1280×800, 480×320) 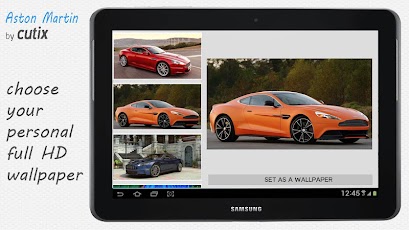