It contains many body painting photos come from all around the world. This is not sexual content.Body painting, or sometimes bodypainting, is a form of body art. Unlike tattoo and other forms of body art, body painting is temporary, painted onto the human skin, and lasts for only several hours, or at most (in the case of Mehndi or "henna tattoo") a couple of weeks. Body painting that is limited to the face is known as face painting. Body painting is also referred to as (a form of) temporary tattoo; large scale or full-body painting is more commonly referred to as body painting, while smaller or more detailed work is generally referred to as temporary tattoos.Body painting with clay and other natural pigments existed in most, if not all, tribalist cultures. Often worn during ceremonies, it still survives in this ancient form among the indigenous people of Australia, New Zealand, the Pacific islands and parts of Africa. A semi-permanent form of body painting known as Mehndi, using dyes made of henna (hence also known rather erroneously as "henna tattoo"), was and is still practiced in India and the Middle East, especially on brides. Since the late 1990s, Mehndi has become popular amongst young women in the Western world. Indigenous peoples of South America traditionally use annatto, huito, or wet charcoal to decorate their faces and bodies. Huito is semi-permanent, and it generally takes weeks for this black dye to fade. Actors and clowns around the world have painted their faces 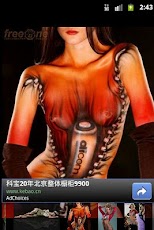 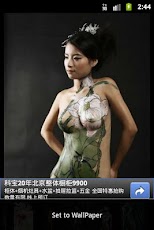