Desert HD wallpapersA collection of high-quality images of the desert.More than 20 stunning high-resolution pictures for your desktop of your Android device, whichapplication allows you to choose without unnecessary actions and set yourself on the phone.Features:- Only HD- Only the best and brightest images  Original, high quality, convenient!In Death Valley, the driest and hottest place in the world, lives of more than 15 species of birds, 40 species of mammals, 44 species of reptiles, 12 species of amphibians, 13 species of fish and 545 species of plants. Sahara is the second largest desert on earth, after Antarctica and the hottest desert in the world, the area – 9,000,000 square meters. km, in the mythology of the ancient Egyptians and Libyans there deity – the personification of the Libyan Desert – Ha, as well as the archaic god-ruler of the Libyan Desert – Ash. Later, they were replaced and superseded by another god of the desert – Seth. In one day, the wind can blow from the Sahara million tons of dust. If it is dragged into rail cars, the length of the train would have been 400km. The temperature at this time is increased to 48-50g., Accompanied by a sharp drop in humidity. As part of the Atacama desert 400 years there was no rain. Sahara became a desert relatively recently – about 2,700 years ago in a very slow evolution of the climate. And 6,000 years ago – about the same time of the occurrence, the Egyptian state – in the Sahara were trees and there were many lakes. Only some animals can survive in the desert – camels, sand snakes, scorpions, lizards. Kalahari Desert occupies the south-western part of the basin of the same name, located at an altitude of 900 meters in 1960 in California’s Mojave Desert was a telephone booth. It was located 24 kilometers from the nearest highway and became known as one of the most secluded booths in the world.Here you will find the most beautiful and high quality wallpaper high resolution.(480×854, 960×540, 1280×720, 480×800, 1280×800, 480×320) 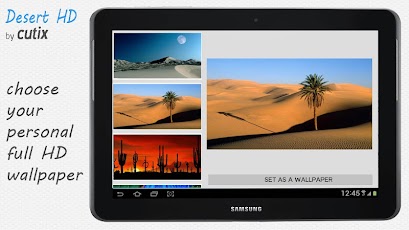