Can a mobile game enhance your friendship or create joyfulness in your family?Check out “Finger Fighting” Be sure to play it with your friends or family. The beauty of this party game is that you can use your smartphone to share your joyfulness to those who don’t have one.——————————————-Good Things In Life are Better when Shared.——————————————-Sharing is the beginning of happiness.——————————————-Finger Fighting Connecting friends and familyThe second game of Party Magic, "Dynamic Bomb" is also available now in Android market. https://market.android.com/details?id=aame.mobi.dynamicbomblite&feature=search_resultIn order to enhance the friendship while people joining the parties, this team developed the first multiplayer Android phone game (four people can play on one Android phone) called "Party Magic". The "Finger Fighting" is the first game of Party Magic 2 which includes two games and one magic.(Finger Fighting, Dynamic bomb and Mind Reader)It is an efficient and funny way to open people’s mind by playing a game together while they are not familiar with each other at the beginning of the party. Some magic will come out through the finger touching (fighting) with each other while playing this game.Support 13 languages such as English, Traditional Chinese, Simplified Chinese, Japanese, Korean, Italian, French, Dutch, German, Russian, Spanish,Italian, Vietnames and Indonesia.How to play?2-4 people can play together in one Android phone or Android Pad.Step 1: Select the language.Step 2: Pick or input the punishment rules that all the players agree to.Step 3: 2-4 people take turn to select the character you like.Step 4: For [Finger Fighting] – Use your one finger to tap on the icon of your selected character to increase your score.Step 5: The loser will be punished in certain way which is selected by spinning the roulette. (There are more than 100 funny punishment rules provided in Party Magic 2).Party Magic 2 is coming soon !!!It is more than a game. It is an effective approach to socialize with your friends and to get along with your family through finger touching within the game.The objective of this game is to let you share your joyfulness with your friends and family by playing this game with them and the punishment is the most funnest part of the game.Customer Reviews for Party Magic 2WOW 5 starsby lphiewillow-Version 2.0-Mar 15, 2010Wow! I can’t express how amazed I was at this app. This is a great app and probaly the first true 4 player game that you can just go at it right on the iPhone. I was skeptical at the first, but the gameplay machanic works BEAUTIFULLY! where the app store is full of clones and games ripping each other off, this is a one-of-a-kind game where you can see they put alot of thought into creating game play that really lends itself to a party/multi-player environment.The Apple Store definitely needs more of these kinds of apps. Big ups to the developers for thinking out-of-the-box.BTW,being an artist myself, the graphic are A+ App Store in USA http://itunes.apple.com/app/party-magic-2/id356545746?mt=8 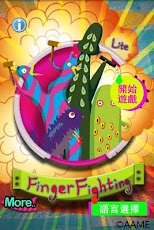