"The Son of Man must suffer many things and be rejected by the elders, the chief priests and the teachers of the law, and he must be killed and on the third day be raised to life."- Luke 9:22 This Live Wallpaper depicts this famous verse from The Holy Bible inside of a 3D Cube.According to the accounts in the Gospels, the Temple Guards, guided by Jesus’ disciple Judas Iscariot, arrested Jesus in the Garden of Gethsemane. Judas received money (30 pieces of silver) (Matthew 26:14-16) for betraying Jesus and told the guards that whomever he kisses is the one they are to arrest. Following his arrest, Jesus was brought to the house of Annas, the father-in-law of the high priest, Caiaphas. There he was interrogated with little result and sent bound to Caiaphas the high priest where the Sanhedrin had assembled (John 18:1-24).Conflicting testimony against Jesus was brought forth by many witnesses, to which Jesus answered nothing. Finally the high priest adjured Jesus to respond under solemn oath, saying "I adjure you, by the Living God, to tell us, are you the Anointed One, the Son of God?" Jesus testified ambiguously, "You have said it, and in time you will see the Son of Man seated at the right hand of the Almighty, coming on the clouds of Heaven." The high priest condemned Jesus for blasphemy, and the Sanhedrin concurred with a sentence of death (Matthew 26:57-66). Peter, waiting in the courtyard, also denied Jesus three times to bystanders while the interrogations were proceeding just as Jesus had predicted.In the morning, the whole assembly brought Jesus to the Roman governor Pontius Pilate under charges of subverting the nation, opposing taxes to Caesar, and making himself a king (Luke 23:1-2). Pilate authorized the Jewish leaders to judge Jesus according to their own law and execute sentencing; however, the Jewish leaders replied that they were not allowed by the Romans to carry out a sentence of death (John 18:31).Pilate questioned Jesus and told the assembly that there was no basis for sentencing. Upon learning that Jesus was from Galilee, Pilate referred the case to the ruler of Galilee, King Herod, who was in Jerusalem for the Passover Feast. Herod questioned Jesus but received no answer; Herod sent Jesus back to Pilate. Pilate told the assembly that neither he nor Herod found guilt in Jesus; Pilate resolved to have Jesus whipped and released (Luke 23:3-16). Under the guidance of the chief priests, the crowd asked for Barabbas, who had been imprisoned for committing murder during an insurrection. Pilate asked what they would have him do with Jesus, and they demanded, "Crucify him" (Mark 15:6-14). Pilate’s wife had seen Jesus in a dream earlier that day, and she forewarned Pilate to "have nothing to do with this righteous man" (Matthew 27:19). Pilate had Jesus flogged and then brought him out to the crowd to release him. The chief priests informed Pilate of a new charge, demanding Jesus be sentenced to death "because he claimed to be God’s son." This possibility filled Pilate with fear, and he brought Jesus back inside the palace and demanded to know from where he came (John 19:1-9).Antonio Ciseri’s depiction of Ecce Homo with Jesus and Pontius Pilate, 19th centuryComing before the crowd one last time, Pilate declared Jesus innocent and washed his own hands in water to show he has no part in this condemnation. Nevertheless, Pilate handed Jesus over to be crucified in order to forestall a riot (Matthew 27:24-26) and ultimately to keep his job. (John 19:17-22).Important:This app is supported via search. Please note that the following will be added to your device once you download the app 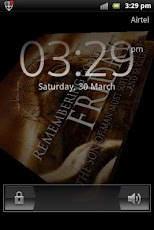 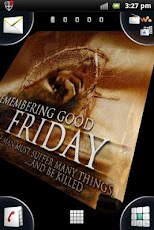 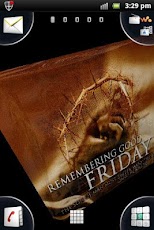 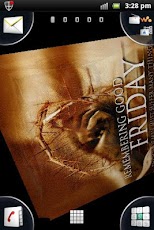