jang keunsuk wallpapers and photos. Stunning pics high resolution HD quality. Set pictures as wallpaper and share with your friends via SMS!This is an unofficial free fan / parody app. Any content not owned by this developer belongs to their respective owners. We believe the images fall under fair use doctrine as they are reduced size and excerpted for informational purposes. If you would like to request removal of an image of our collection for copyright reasons, feel free to contact us and we will be happy to oblige.Please rate this app 5 stars! This free fan app is ad supported and may contain ads in the notification tray and/or home screen. fondos de Pantalla, imagines de Pantalla y wallpaperJang Keun-suk (Hangul: ???; Hanja: ???) was born on August 4, 1987 (4th day of the 8th month on the Lunar Calendar) in Danyang County, Chungcheongbuk-do, South Korea. He is a South Korean actor, singer and model. He is best known for playing the role of band leader Hwang Tae Kyung in the 2009 drama You’re Beautiful, with Lee Hongki, Jung Yong Hwa, Park Shin-hye and Uee. As well as the role of Kang Mu Gyul in the 2010 romantic comedy series Mary Stayed Out All Night, with Moon Geun Young. He’s been called the Prince Of Asia due to his acting, singing and dancing abilities.Keun Suk agreed to play the role of the pet character in the Korean movie adaptation of the Japanese drama Kimi wa Petto, based on the manga of the same name. You’re My Pet was released in November 2011.On January 18 of 2012, Oricon reported that Jang will release a new album Lounge H (The First Impression was later added to the title) in Japan as part of the two-member group Team H (the other member being DJ Big Brother). To be released on March 21 and only available in Japan, this album will have its own original style with brand new jacket photos and packaging. It was emphasized that this album is not Lounge H Vol.1, which Team H released the year before. The new Japanese album will have seven tracks of rock and electronic genre, including "Gotta Getcha."On February 23 of 2012, HS Media (????) revealed on their official Weibo that Team H had won its first awards with their debut EP Lounge H Vol. 1. At the 2012 IFPI Hong Kong Record Sales Awards, based on the highest album record sales, the album was to be awarded the Best Selling Album and the Best Korean Album. Since mid-October 2011, the album had been sold in mainland China, Taiwan, and Hong Kong with impressive sales results, breaking through platinum.The TV melodrama Love Rain, starring Jang and Girls’ Generation’s Yoona and made by drama PD Yoon Seok-ho, was aired on KBS2 every Monday and Tuesday at 21:55 from March 26 to May 29.By the end of May 2012, Jang released another Japanese album, now titled Just Crazy. It is his official debut full-length album and it made history on the Oricon charts. "The album debuted at No. 1 on the Oricon daily singles chart with 53,000 copies sold. It again topped the weekly singles chart with 88,009 copies sold." Jang Keun Suk is the first male international solo artist ever to reach the top of both the Oricon daily and weekly charts, and second overall after BoA with her "Listen To My Heart" to accomplish this feat. He is also the first artist in over 17 years to have topped both charts with the first single ("Let Me Cry") and the first studio album.On June 10, Jang released a Japanese cookbook titled, Love Recipe. It features twenty recipes, essays, and photo shoots. 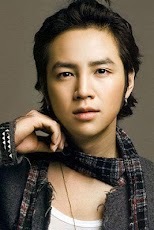 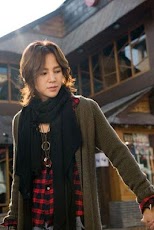