My Craps Game for Nexus 7

My Craps Game plays Craps the right way with the right rules and odds. Practice!* Designed for Google Nexus 7 1280×800 pixel tablet, it will not work on your phone.* Play Las Vegas style Craps with correct Las Vegas odds and rules.* Test your expert methods or learn to play as a novice.* Extensive Help section included, with Videos online to learn more.Product DescriptionOptimized for the Nexus 7 1280×800 pixel screen, My Craps Game for Nexus 7 is an adaptation of the popular My Craps Game simulation software revered by Craps players. It requires the Nexus 7 tablet, it will not work on your phone.My Craps Game for Nexus 7 is a new look at the ancient game, played the right way. A non-gambling simulation software to learn to play Craps the right way, with the right rules and Las Vegas odds. Play it before you hit the live Craps tables. Learn to get good.Going to Las Vegas? Practice, Baby, Practice!My Craps Game is a simulation software to learn and practice the game of Craps as played in major casinos. With high realism and accuracy as to the rules and odds of a live Craps game, My Craps Game plays the game with the right rules, the right math and the right odds. Extensive Help files are included with the product installation.Adapted specifically for Nexus 7" 1280×800 tablet device, My Craps Game has been a success with Craps players since the Mac and Windows versions were introduced in 2007 and the iPad version in 2010. My Craps Game for Nexus 7 tablets is almost exactly the same software as the iPad version, just scaled to the 1280×800 pixel Nexus 7 Tablet.Designed by a Craps Tournament finalist after much research in the Las Vegas casinos on how Dealers work the game. It’s for Craps experts to get really good as well as newbies to easily learn to play Craps. It’s great for trying your Craps strategy. Use the Dice History and Results log to clearly see "What just happened?" at any time. Also, access help and videos on how to play and win at Craps.Some observations by customers of My Craps Game:Jerry – "The graphics on the 7" screen are very nice. The only other Craps app that I have found for the Kindle Fire is not even close to being better than your app. Thank you for a great app."Rob – "Great product you have and it’s certainly helped me become a better craps player."Alexander – "A brilliant product for testing new systems."Bob – "I have enjoyed My Craps Game for years and remain a fan. I met another craps player on Thursday and recommended the package to him for practice."Rob – "I really love your software – it’s the best out there for practicing methods."Reid – "This is the best, most user friendly craps simulator out there. Keep up the good work!"John – "I Love your craps game. The history and stats are great."Alexander – "I love your craps game. it was a great purchase."Brian – "Thank you for a great game."Phil – "Thanks, great product!"Michael – "As far as flashy graphics, I’ve seen a number of games out there, but no one come near yours as playing by the true rules of the game. Pretty much every game out there I’ve looked at and none holds a candle to yours in the way you adhere to the rules. You have stayed very true to the rules. I don’t know of any other game out there which does."Julius – "I just wanted to let you know that I purchased "your" craps game and I am thoroughly pleased. My Craps Game downloaded easily; runs smoothly; and is extremely fun to play. The board is well-designed and the betting options that you added for play on a computer don’t detract from the realistic way the game is played. Moreover, your tutorial and the link to how to play the game succinctly and effectively break down the basics of how craps is played. I’ve invested in many other gaming programs but my investment in your program has by far paid the best dividend." 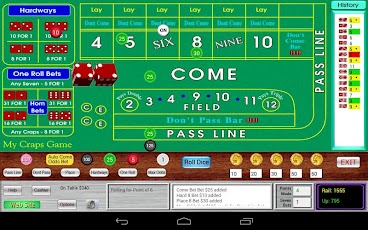 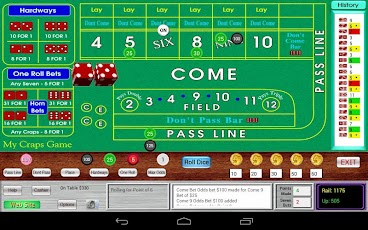 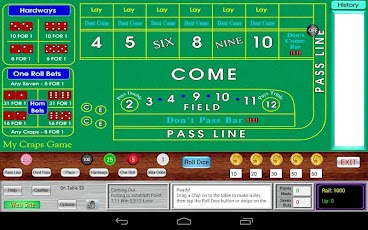