Have the current best Brazilian soccer player, Neymar, break through double coverage all day on your background with this live wallpaper. Neymar da Silva Santos Júnior commonly known mononymously as Neymar, is a Brazilian footballer who plays in the Brasileirão Série A for Santos and the Brazilian national team, mainly as a forward.At the age of 19, Neymar won the 2011 South American Footballer of the Year award, by a record margin, after coming third in 2010. In 2011 Neymar received nominations for the FIFA Ballon d’Or, where he came 10th, and the FIFA Puskás Award, which he won.He made his debut for Santos in 2009, and was voted the Best Young Player of the 2009 Campeonato Paulista. Further honours followed, with Neymar being voted best player as Santos won the 2010 Campeonato Paulista, and also being top scorer in the 2010 Copa do Brasil with 11 goals.Neymar was again voted best player of the year in 2011 as his side retained the state title and Santos also winning the 2011 Copa Libertadores in which Neymar scored 6 goals in 13 appearances. He also played a key role in securing a Continental Double for his team, Santos’ first since 1963. He received the Bronze Ball in the 2011 FIFA Club World Cup, with Santos making it to the final, where they were defeated by FC Barcelona, 4 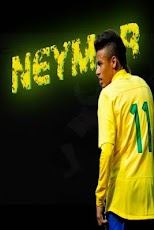 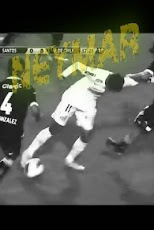