Play Pantera’s songs without the need to search for it in YouTube.Simply type in the song’s code from the list and play this virtual JukeBox !Pantera was an American heavy metal band from Arlington, Texas. They were formed in 1981 by the Abbott brothers, Vinnie Paul (drums) and Dimebag Darrell (guitar), along with vocalist Terry Glaze. Bassist Rex Brown joined the band the next year. Looking for a new and heavier sound, Pantera had Terry replaced in 1987 with Phil Anselmo as the new vocalist. Pantera has sold around 20 million albums. Starting as a glam metal band, Pantera released four albums during the 1980s. For their fifth album, Cowboys from Hell, released in 1990, Pantera introduced a heavier groove metal sound. Their sixth album Vulgar Display of Power, released in 1992, revealed a heavier sound than Cowboys from Hell and their 1994 release of Far Beyond Driven debuted at No.1 on the Billboard 200.Tensions began to surface amongst the band members when Phil Anselmo became addicted to heroin in 1995. This resulted in the recording sessions for The Great Southern Trendkill to be held separately. The ongoing tension lasted for another seven years, in which only one studio album, Reinventing the Steel, released in 2000, was recorded. Pantera went on hiatus in 2001, but was disbanded by the Abbott brothers in 2003 after concluding Anselmo would not return to the band. The Abbott brothers went on and subsequently formed Damageplan, while Anselmo began work on several side projects, including Down in which Rex Brown joined as well. Any hopes of a reunion were lost on December 8, 2004, when Dimebag Darrell was shot and killed onstage by a deranged fan during a Damageplan concert in Columbus, Ohio.The band was originally named Pantera’s Metal Magic and consisted of Vinnie Paul Abbott on drums, Dimebag Darrell Abbott (called Diamond Darrell at that time) on guitar, Donnie Hart on vocals, Terry Glaze on guitar, and Tommy Bradford on bass. In 1982, the band was renamed Pantera in order to shorten the name and to settle an agreement between all band members. Hart left the band because he did not agree with the band’s ethics and Terry Glaze became the group’s vocalist, leaving Darrell as the solo guitarist. Later that year Bradford also departed and was replaced by Rex Brown (then known as Rexx Rocker). Pantera became an underground favorite, though its regional tours in this era never took them beyond Texas, Oklahoma, and Louisiana. The band began supporting fellow heavy metal acts such as Stryper, Dokken, and Quiet Riot, who in turn promoted Pantera’s debut, Metal Magic. Metal Magic was released on the band’s record label of the same name in 1983 and produced by the Abbott brothers’ father, Jerry Abbott (referred to as "The Eldn"), at Pantego Studios.The following year, Pantera released its second album, Projects in the Jungle. Though still very much a glam metal album, the band members crafted songs that had less overbearing melodic influences than songs from Metal Magic. Another change was Terry Glaze’s name, as he was henceforth credited as "Terrence Lee". In addition, a music video for the album’s lead track, "All Over Tonight", was eventually created. Projects in the Jungle was also released on the band’s independent Metal Magic Records label and produced by Jerry Abbott.In 1985, Pantera again released a full-length album on Metal Magic Records, entitled I Am the Night. As with Projects in the Jungle, this album saw Pantera’s sound becoming heavier (though still rooted in glam metal), and the heavy metal press took more notice of the band. Because of poor distribution, I Am the Night was a costly album to many fans. Around 25,000 copies of I Am the Night were sold. Pantera’s second music video was produced for the track "Hot and Heavy". 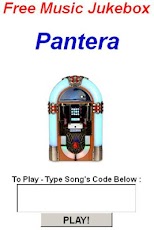 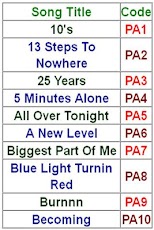