This sound app is BETTER than the other Looney Tunes soundboards!Top sounds from Looney Tunes.bugs bunny: what’s up doc?coyote: fallingdaffy duck: You’re despicable!elmer fudd: be very very quiet, i’m hunting rabbits! (be vewwy vewwy quiet, i’m hunting wabbits!)foghorn leghorngonzales: Andale! Andale!marvin the martianpepe le pewporky pig: that’s all folks!roadrunner: beep beep! / meep meep!yosemite samsylvester: Sufferin’ succotash! tastweety: I tawt a taw a puddy tat! I did! I did taw a puddy tat!From Wikipedia:Looney Tunes is a Warner Bros. series of theatrical cartoon short films. It was produced from 1930 to 1969 during the Golden age of American animation, alongside Warner Bros.’ other theatrical cartoon series, Merrie Melodies. The series featured some of the most famous cartoon characters in the history of animation, including Bugs Bunny, Daffy Duck, Porky Pig and Tweety Bird among many others. The characters themselves are commonly referred to as the "Looney Tunes." You can save these sounds as mp3 files, or as ringtones for your phone!Please make requests by emailing the developer, and not through the review system!Disclaimer: XoRApps is NOT affiliated with the original creators of the sounds or the images used in this app. This is a fan-made app inspired by Looney Tunes. 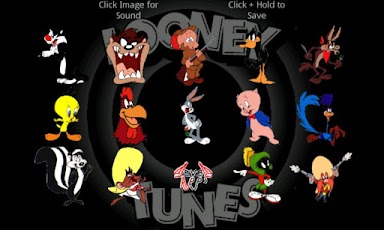 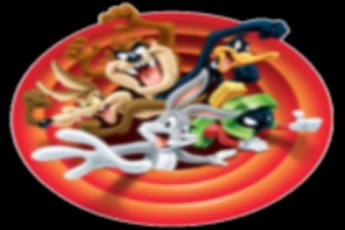