This sound app is BETTER than the other Teletubbies soundboards!Top sounds from Teletubbies.Sound Effects:-custard / tustard-custard / tustard machine-sun-toast-windmillTeletubbies:-big hug!-again again!-uh oh!-tinky winky, dipsy, laa laa, poFrom Wikipedia:Teletubbies is a British BBC children’s television series targeted at pre-school viewers and produced from 31 March 1997 to 5 January 2002 by Ragdoll Productions. It was created by Ragdoll’s creative director Anne Wood CBE and Andrew Davenport, who wrote each of the show’s 365 episodes. The programme’s original narrator was Tim Whitnall. Teletubbies first aired on 31 March 1997, was syndicated in the United States on the Public Broadcasting Service (PBS) public television on 6 April 1998 and aired until 19 June 2005. It would continue to air reruns until 29 August 2008, when it was pulled from the schedule along with Mister Rogers Neighborhood, Reading Rainbow and Boohbah. In 2002 production was cancelled and it was announced that no new episodes would be produced, with the last episode being aired on 5 January 2002. However, a total of 365 episodes had been produced – enough for a full year.Teletubbies, particularly notable for its high production values, rapidly became a critical and commercial success in Britain and abroad and won a BAFTA in 1998. Teletubbies Everywhere was awarded "Best Pre-school Live Action Series" at the 2002 Children’s BAFTA Awards.Although the programme is aimed at children between the ages of one and four, it had a substantial cult following with older generations, mainly university and college students. The mixture of bright colours, unusual designs, repetitive non-verbal dialogue, ritualistic format, and the occasional forays into physical comedy appealed to many who perceived the programme as having psychedelic qualities. Teletubbies was controversial for this reason. Other critics felt the show was insufficiently educational. Previously aired on TreeHouse TV, PBS Kids, BBC Kids.You can save these sounds as mp3 files, or as ringtones for your phone!Please make requests by emailing the developer, and not through the review system!Disclaimer: XoRApps is NOT affiliated with the original creators of the sounds or the images used in this app. This is a fan-made app inspired by Teletubbies. 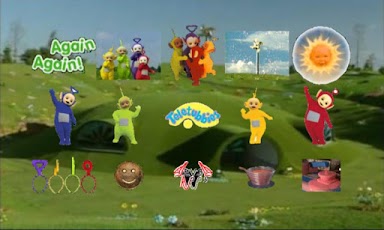 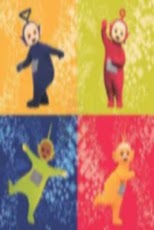