Thanks for a breakthrough of 2 million downloads! *Let the Princess kick “soliders” up high!*"Princess Punt THD," a new genre of game called "Action Puzzle type RPG," debut!This game is stage-based format released for smartphone and tablet play, which combines features of puzzle and elements of role-playing game.[Features] Interactive touching gameplay, is easy and fun for everyone to play! Rules are simple! But the gameplay is well detailed. Surely addictive! Fighting battles with your own characters, which you raised as you wished, are so exciting! [Description]1.Control the "Princess" to kick "soldiers" toward monsters!! =>Clear stages by eliminating all monsters!2.Amount of damage is influenced by a spot of monsters you hit! =>Aim and hit the weakness point of monsters to get massive damage! 3.One-tap strategies =>You can use specific skills according to the arms, by tapping the screen while soldiers launched in the air. This game needs to work out a strategy like a puzzle, by using the character you have raised, to beat monsters.In order to raise your character, you have to store experiences into arms, or to change your weapons to a stronger one.There are several kinds of weapons provided in this game, such as Swords, Bows, Spears, or Wands. In addition, you can use specific skills according to each weapons, by tapping the screen while soldiers launched in the air. Keep going to play the next area, you have to defeat a powerful boss, at the end of each stages! "Special Boss," which appeares suddenly, is a chance to get rare items!It is hard to defeat, but prizes worth it!○The following graphics enhancements are only available on devices with NVIDIA Tegra processors. Powerful Tegra processors are capable of processing high quality game contents without sacrificing the frame rate.1. High resolution textures (More than 4 times higher than regular version)2. Glow and shadow around characters3. Graphics effects with rain, thunder and snow4. Lighting and Shadow effects on the characters○Producer’s comments:Princess Quest THD harnesses the power of Tegra to bring rich weather and lighting effects and high resolution textures exclusively to this enhanced THD version.By downloading our contents, you agree to the following terms and conditions and the software license agreement. For PC users:http://www.gungho.jp/kpq/privacy.htmlFor Mobile users:http://mobile.gungho.jp/news/kpq/privacy.html 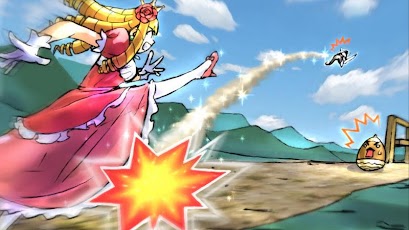 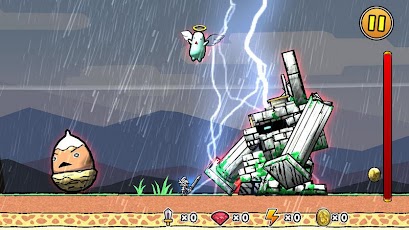 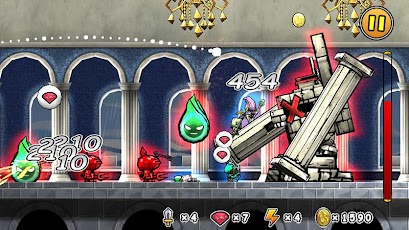 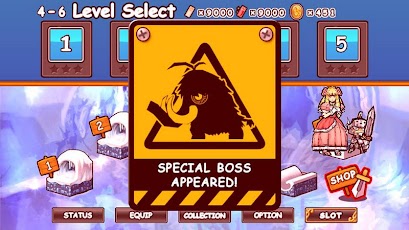