Play Robert Wyatt’s songs without the need to search for it in YouTube.Simply type in the song’s code from the list and play this virtual JukeBox !Robert Wyatt (born Robert Wyatt-Ellidge, 28 January 1945, Bristol) is an English musician, and founding member of the influential Canterbury scene band Soft Machine, with a long and distinguished solo career. He is married to English painter and songwriter Alfreda Benge.Wyatt’s mother was Honor Wyatt, a journalist with the BBC; his father, George Ellidge, was an industrial psychologist who joined the family only when Wyatt was about six. This extended family also included his half-brother, actor Julian Glover, Honor Wyatt’s son. Wyatt attended the Simon Langton Grammar School for Boys, Canterbury and as a teenager lived with his parents in Lydden near Dover, where he was taught drums by visiting American jazz drummer George Neidorf.In 1962, Wyatt and Neidorf moved to Majorca, living near the poet Robert Graves. The following year, Wyatt returned to England and joined the Daevid Allen Trio with Daevid Allen and Hugh Hopper. Allen subsequently left for France, and Wyatt and Hopper formed The Wilde Flowers, with Kevin Ayers, Richard Sinclair and Brian Hopper. Wyatt was initially the drummer in the Wilde Flowers, but following the departure of Ayers, he also became lead singer.In 1966, the Wilde Flowers disintegrated, and Wyatt, along with Mike Ratledge, was invited to join Soft Machine by Kevin Ayers and Daevid Allen. Wyatt both drummed and shared vocals with Ayers, an unusual combination for a stage rock band. In 1970, after chaotic touring, three albums and increasing internal conflicts in Soft Machine, Wyatt released his first solo album, The End of an Ear, which combined his vocal and multi-instrumental talents with tape effects.A year later, Wyatt left Soft Machine and, besides participating in the fusion bigband Centipede and drumming at the JazzFest Berlin’s New Violin Summit, a live concert with violinists Jean-Luc Ponty, Don "Sugarcane" Harris, Micha? Urbaniak and Nipso Brantner, guitarist Terje Rypdal, keyboardist Wolfgang Dauner and bassist Neville Whitehead, formed his own band Matching Mole (a pun on "machine molle", French for ‘Soft Machine’), a largely instrumental outfit that recorded two albums. The band were about to embark on the recording of a third album when, on 1 June 1973, during a party for Gong’s Gilli Smyth and June Campbell Cramer (also known as Lady June) at the latter’s Maida Vale home, an inebriated Wyatt fell from a fourth-floor window. He was paralysed from the waist down and consequently uses a wheelchair. On 4 November that year, Pink Floyd performed two benefit concerts, in one day, at London’s Rainbow Theatre, supported by Soft Machine, and compered by John Peel. The concerts raised a reported £10,000 for Wyatt.The injury led Wyatt to abandon the Matching Mole project, and his rock drumming (though he would continue to play drums and percussion in more of a "jazz" fashion, without the use of his feet). He promptly embarked on a solo career, and with musician friends (including Mike Oldfield, Ivor Cutler and Henry Cow guitarist Fred Frith) released his solo album Rock Bottom on 26 July 1974. Two months later Wyatt put out a single, a cover version of "I’m a Believer", which hit number 29 in the UK chart. Both were produced by Pink Floyd drummer Nick Mason. There were strong arguments with the producer of Top of the Pops surrounding Wyatt’s performance of "I’m a Believer," on the grounds that his use of a wheelchair ‘was not suitable for family viewing’, the producer wanting Wyatt to appear on a normal chair. Wyatt won the day and ‘lost his rag but not the wheel chair’. A contemporary issue of New Musical Express featured the band (a stand-in acting for Mason), all in wheelchairs, on its cover. 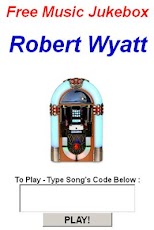 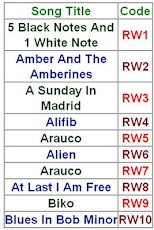