Six-Dice poker is a variation of a game known as "Yahtzee"&sup1;, which rules were based on two earlier games Yacht and Generala. "Yahtzee" is also known as Yatzy or Cheerio.In this app one additional dice was added making game much more interesting.Main objective of a game is to collect points by throwing combinations of dices.(&sup1;"Yahtzee" trademarked by Hasbro) 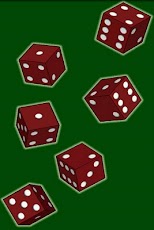 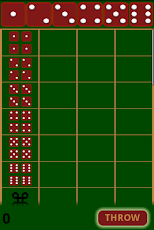