Solitaire Center is the one only app available in apps store that provides three different types of solitaire game in one app and it’s Free!Tired of Solitaire apps that always seem to have the same rough gameplay and grainy graphics? Try this completely custom version of Solitaire tailored for Android devices, from the small screen all the way up to the large screen tablet. Once you play it you will know that it is best game play of any Solitaire in the market. Klondike solitaire is a great puzzle game and this is the best looking and best working one on the Android market. This free card game is similar to the solitaire you have on your PC but is a lot better looking and works great.Many people refer to Klondike as patience or solitaire.If you want to play klondike solitaire this is the only really good version for the Android, with no compromise. Classic solitaire is the best of the classic games that we love to play. This version of classic solitaire keeps the classic feel but adds beautiful cards and backgrounds. This classic solitaire is the best choice for passing some time.If you loves to play different kinds of solitaire game then this is the right place for you. Solitaire Center is collection of three solitaire game into one app.1. First is the regular solitaire game, just built four stacks of cards one for each suit in ascending order from ace to king. Which is also know as Patience. If you like Windows Solitaire, you’re going to love this app even more!2. Second is interesting and different then regular solitaire games available in apps store that is Ace Solitaire. Which is solitaire card game based on creating groups of cards that sum up to 11. Unique feature of Ace Solitaire is that all dressed cards Jack, Queen and Kings have been replaced by Aces. This means that there are 16 Aces in the deck. The value of any card is based on its number and an Ace is always counted as 1.3. Third is pyramid game. Which is based on classic card solitaire game. The aim is to clear as many card lay-ups as possible in the allotted time. Cards are placed on pyramid form and you have to remove them one by one before you run through your deck of cards.Features of the game – Best solitare game- Free game- Three different solitaire games in one app i) Solitare ii) Ace Solitaire iii) Pyramid Solitaire – Amazing game environment – Klondike with classic solitaire rules- Three theme for every game, User have a option to select theme and enjoy playing with three different designed cards and environment – Unlimited levels in all three games – Miscellaneous cards animation – We are taken care of user game so we provides game saving functinality. User can save his game and can continue next time from where they left. Means game state saved when interrupted.- User can share their score via Facebook 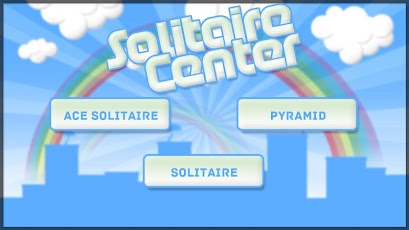 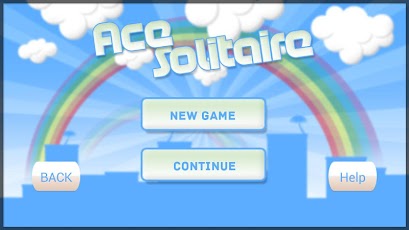 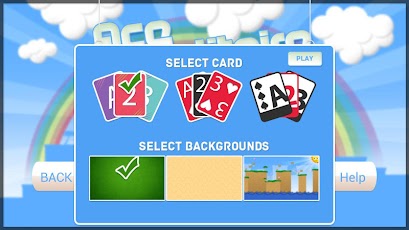 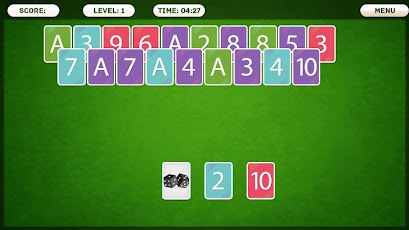