Are you a lover of card game?Are you bored with playing same kind of card game?Tired with playing solitaire, pyramid, spider solitaire, slot machine and casino games?Do you want to play different card game which you never experienced or never played?Then this is the right place for you. We have developed game with new & unique concept for the lovers of card game. Solitaire Hearts is the card game you are searching for and once you download it, You loves to play it hours & hours. After playing game you will feel that it is best game ever you have played.If you tired of Solitaire apps that always seem to have the same rough gameplay and grainy graphics? Try this completely custom version of Solitaire tailored for Android devices, from the small screen all the way up to the large screen tablet. Also this game have very new concept of Solitaire game You would loved it while playing. Solitaire Hearts is a great puzzle game and this is the best looking and best working one on the Android market.Features- Eye catching graphics- Beautiful animation which makes you spellbound- Four player game- Three modes easy, medium and hard. You can start with easy and will go to hard when you become expert.- Hilarious sound effects and a bumping sound track!- Many hidden secret for maximum gamer score! Like "Hearts Broken" and "Shooting The Sun"- Free game- Best card game- Intuitive controls: simply drag & drop cards using your finger on the screen or tap on cards to play- Take on increasingly difficult challenges while playing tournament.First of all, Please read carefully all the instruction of the game. Which will teach you that how you can play Solitaire Hearts? This Game have some hidden concept like "Shooting The Sun", Which will makes you either winner or looser of the game. So you needs to understand playing concept. After understanding game rules you have fun to play Solitaire Hearts.Game RulesSolitaire Hearts is based on the classic trick-taking card game Hearts. You play against 3 computer opponents and play 1 card at a time, e.g. a trick. You have to follow suit, which is defined by the first card played in each trick, if you can. If you lack a card of the right suit you may play any card. The highest card in the first suit played in each hand wins the trick. There are no trump suits.There are some special rules on what cards may be played. The first card played in the first trick is always 2 of clubs. During this first hand no one may play a Heart, even if they lack any Clubs. You cannot lead with a Heart before the suit has been "broken". This means that first someone has to play a Heart when the hand was opened with a different suit. After that Hearts may be played as the first card in a trick.At the beginning of the game each player receives 13 cards. In the first round you get to trade 3 cards with the all opponent. You choose what to give away without knowing which 3 cards you will receive back.A round is played with the player that has the 2 of Clubs on hand starting. The following hand is started by the player who won the previous trick by playing the highest card in the leading suit. This continues until all cards have been played.The aim of the game is to avoid winning tricks that contain cards from the Hearts suit which gives number of penalty point which indicates in the card. Means 2 gives penalty of 2, 10 gives penalty of 10, Jack gives 11, Queen gives 12, King gives 13 and Ace gives 14 points. The player with the lowest amount of penalty points at that stage is the winner.Shooting The SunIf a player wins all the penalty cards, it is known as 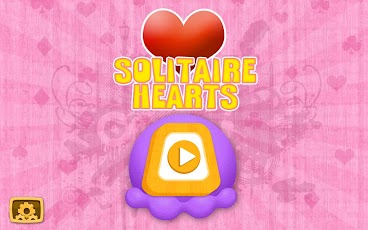 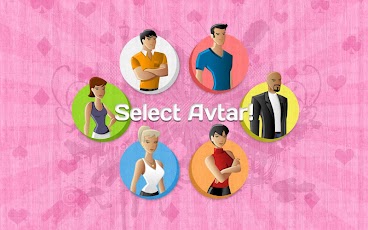 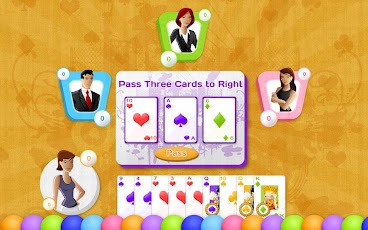 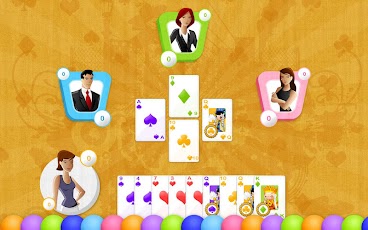