Get the new Texas Holdem Poker multiplayer game for free,Very easy to use user interface.Get started with 20,000 free chips for the free Texas Holdem Poker multiplayer card game!!!Poker is a family of card games involving betting and individualistic play whereby the winner is determined by the ranks and combinations of their cards, some of which remain hidden until the end of the game. Texas Holdem Poker games vary in the number of cards dealt, the number of shared or "community" cards and the number of cards that remain hidden. The betting procedures vary among different poker games in such ways as betting limits and splitting the pot between a high hand and a low hand.In most modern poker games, the first round of betting begins with one of the players making some form of a forced bet (the ante). In standard poker, each player is betting that the hand he or she has will be the highest ranked. The action then proceeds clockwise around the table and each player in turn must either match the maximum previous bet or fold, losing the amount bet so far and all further interest in the hand. A player who matches a bet may also "raise," or increase the bet. The betting round ends when all players have either matched the last bet or folded. If all but one player fold on any round, then the remaining player collects the pot and may choose to show or conceal their hand. If more than one player remains in contention after the final betting round, the hands are revealed and the player with the winning hand takes the pot. With the exception of initial forced bets, money is only placed into the pot voluntarily by a player who, at least in theory, rationally believes the bet has positive expected value. Thus, while the outcome of any particular hand significantly involves chance, the long-run expectations of the players are determined by their actions chosen on the basis of probability, psychology and game theory.Poker has gained in popularity since the beginning of the twentieth century, and has gone from being primarily a recreational activity confined to small groups of mostly male enthusiasts, to a widely popular spectator activity with international audiences and multi-million dollar tournament prizes.The ultimate experience of the most advanced poker APP for Texas Hold 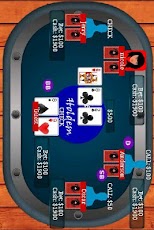 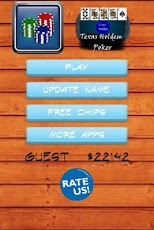 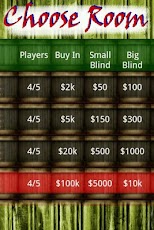